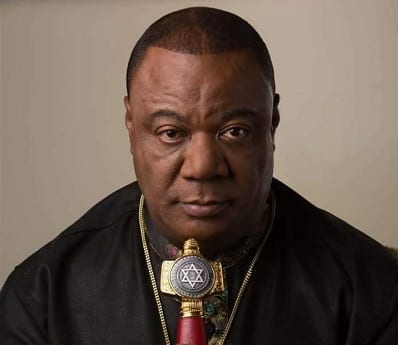 Who is the richest Pastor in Ghana ? Find out here

Ghana is Christian dominating country with approximately 71% of Ghanaians being Christians. It will not be surprising for one to ask who is the richest pastor in Ghana.  Find out the answer in this article.

There a lot of Churches in Ghana today. A lot of them are foundered by individuals with special visions.

The General Overseer of the Christian Action Faith Ministries, Archbishop Nicholas Duncan-Williams with the worth of $6.9m is the richest pastor in Ghana.

Nicholas Duncan-Williams (born 12 May 1957) is a Ghanaian Charismatic Pioneer, the Presiding Archbishop and General Overseer of the Action Chapel International (ACI) ministry, headquartered in Accra, Ghana.

He is the founder of the Charismatic Movement which started 40 years ago in Ghana and other parts of West Africa. CAFM, one church in many locations, has over 2000 affiliate and 250 branch churches located in North America, Europe, and Africa.

Archbishop Duncan-Williams is also the Founder and President of Prayer Summit International (PSI).  In 2017, the Archbishop was named by the New African Magazine one of “The 100 Most Influential Africans”.

The Archbishop Nicholas Duncan-Williams became the first non-American to lead the prayer for the incoming President and Vice President of the United States during the inauguration.  The Archbishop and his wife Lady Rosa Whitaker of The Whitaker Group  have been named one of Africa’s power couples.

After receiving his Holy Ghost baptism in the Church of Pentecost, he attended Bishop Idahosa’s Church of God Mission International Bible College in Nigeria to be trained as a pastor.

The CAFM was the first Charismatic church in Ghana. The Christian Action Faith Ministries has its headquarters at Action Chapel International, which is one of Accra’s largest mega-churches.

Having started as a prayer meeting at his father’s house, CAFM moved to several locations (Fadama, Tradefair, International Students’ Hall, Diplomatic Shop) as it grew till it eventually came to find its headquarter at Spintex Road, where the Prayer Cathedral is located since 1992. Since then CAFM grew across Ghana, Africa, and the world with branches across Europe and North America.