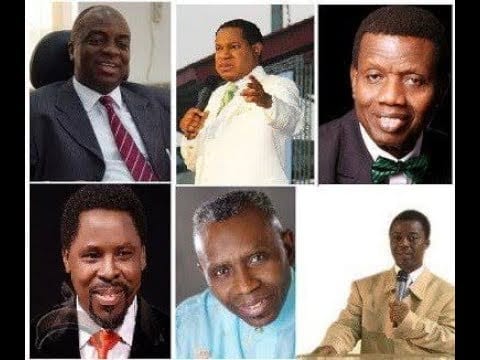 We bring to you the richest pastor in Africa 2021.

The continent of Africa has become so receptive to the gospel now than never before. Almost every pastor in Africa lives a good life. Take a look at the richest pastor in Africa  and the list of the top 5.

The Richest Pastor in Africa  2021

Read Richest Pastor in the world

The Winners’ Chapel International network of churches is located in over 300 cities, in all states of Nigeria, and in several cities in 45 African nations, Dubai, the United Kingdom and the United States.

Oyedepo has been seen as one of the pioneers of the Christian charismatic movement in Africa and has been referred to as one of the most powerful preachers in Nigeria.

He is the Chancellor of Covenant University and Landmark University. He was named in 2011 by Forbes magazine as being the richest pastor in Nigeria.

‘You have escaped from the kingdom of oppression!

Sicknesses and diseases will start clearing the way for you!’
– Bishop David Oyedepo #LFCLiveService#SpecialSundayService#BreakingLimits pic.twitter.com/qlYBvDennv