Glusea brings to you the richest musician in Nigeria 2021

Nigeria has been the hub of music talents in Africa for sometime now. The competition among the many musicians in the country is so great that only the best of the best are able to get to the top. If you are a fan of music, then trust me you would want to know who is the richest musician in Nigeria 2021 . Read on to find out.

Wizkid is the richest musician in Nigeria for the year 2021.

He also has a lot of endorsement deals with such companies as Glo and Pepsi. Wizkid has managed to earn his impressive $20 Million and buy two houses in Nigeria and US along with a Porsche Panamera, Mercedez Benz and BMW X6. Read more about Wizkid net worth here

If you are a fan of Nigerian music, you would definitely bet to see Davido’s name following that of Wizkid. You bet right. They are the two mostly successful Nigerian musicians right now. Even in Africa.

Videos by Davido has received crazy millions of views on Youtube and other streaming platforms. Since the released of his debut album Omo Baba Olowo (OBO), Davido has been a sensation in Africa.

He owns several houses (one of them is located in the USA), and several cars like a Porsche, Range Rover Sport and Chevrolet Camaro. Read More about Davido net worth here 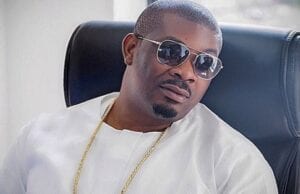 Don Jazzy is a blend of talents. He is a record producer, song writer, singer and entrepreneur. Don Jazzy is the CEO of Mavin Records. Read more about Don Jazzy net worth here

Your Master Chef Is Here 😋. What do you want for a dinner 🍴 ❤️❤️🌹🌹 pic.twitter.com/QfhRmhNqkp

Burna Boy is one of the sensational acts in the recent Era.

Burna Boy’s growth as a rap artist was genuinely remarkable. After rising to fame via 2012 single Like To Party, he became the recipient of Nigeria Entertainment Award, the following year.

The Nigerian star’s income from his self titled YouTube channel and recurring title tracks in movies and music production companies add to his earnings. find out more about Burna boy net worth here

Read More on The Richest Musician in Nigeria 2021 Top List 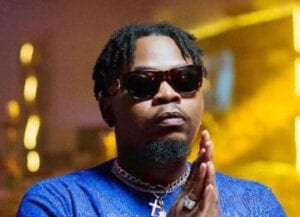 Olamide is one of the richest musicians in Nigeria.

Olamide started his music career at the age of 11. He often said Music was his gift, his life, his hustle and his world and therefore he has to explore it.

Olamide revealed to the public on 18th of February, 2020 that his record label, YBNL Nation has signed a Joint Venture deal with international distribution company , Empire. He further stated that Fireboy DML, and any new artiste signed to YBNL Nation will join him to benefit from the deal. Read Olamide net worth

Finally Our YardPeople don release the song for US.