The richest man of all time 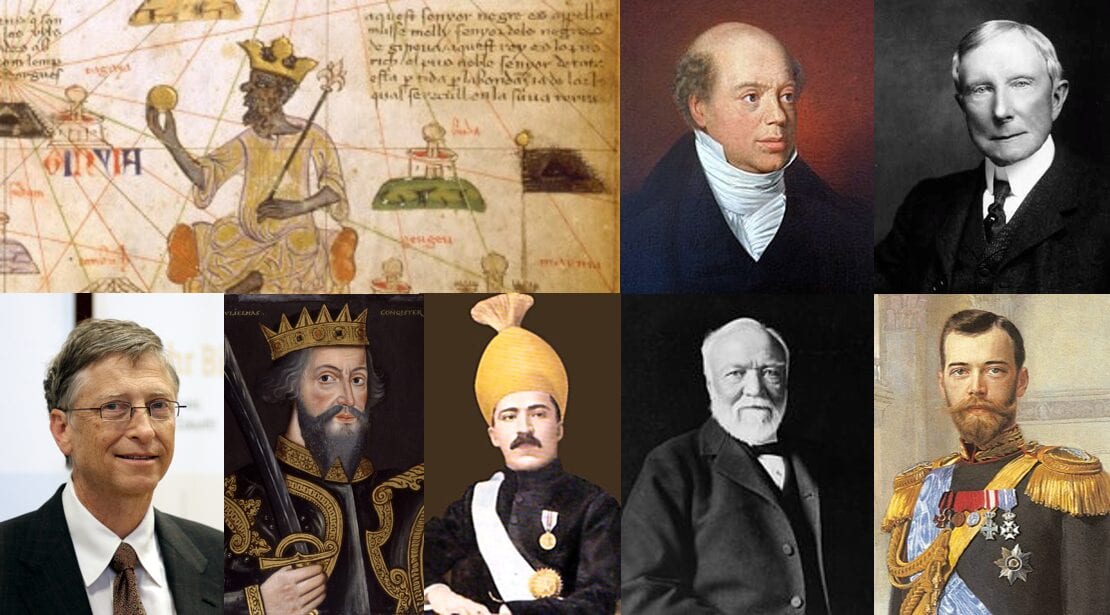 Amazon founder Jeff Bezos is the richest man in the world, according to the 2019 Forbes billionaires’ list released this year. With an estimated fortune of $131bn (£99bn) he is the wealthiest man in modern history.

But he is by no means the richest man of all time.

That title is believed to belong to Mansa Musa, the 14th Century West African ruler who was so rich his generous handouts wrecked an entire country’s economy.

“Contemporary accounts of Musa’s wealth are so breathless that it’s almost impossible to get a sense of just how wealthy and powerful he truly was,” Rudolph Butch Ware, associate professor of history at the University of California, told the BBC.

Mansa Musa was “richer than anyone could describe”, Jacob Davidson wrote about the African king for Money.com in 2015.

In 2012, US website Celebrity Net Worth estimated his wealth at $400bn, but economic historians agree that his wealth is impossible to pin down to a number.

Mansa Musa was born in 1280 into a family of rulers. His brother, Mansa Abu-Bakr, ruled the empire until 1312, when he abdicated to go on an expedition.

According to 14th Century Syrian historian Shibab al-Umari, Abu-Bakr was obsessed with the Atlantic Ocean and what lay beyond it. He reportedly embarked on an expedition with a fleet of 2,000 ships and thousands of men, women and slaves. They sailed off, never to return.

Some, like the late American historian Ivan Van Sertima, entertain the idea that they reached South America. But there is no evidence of this.

In any case, Mansa Musa inherited the kingdom he left behind.

Under his rule, the kingdom of Mali grew significantly. He annexed 24 cities, including Timbuktu.

The kingdom stretched for about 2,000 miles, from the Atlantic Ocean all the way to modern-day Niger, taking in parts of what are now Senegal, Mauritania, Mali, Burkina Faso, Niger, The Gambia, Guinea-Bissau, Guinea and Ivory Coast.

The 10 richest men of all time