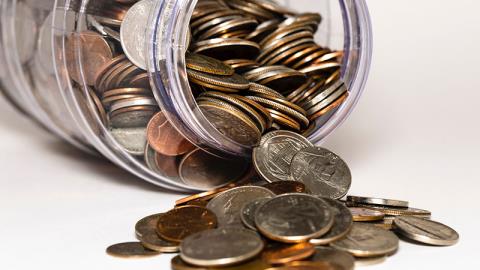 The term “freemium” is a portmanteau of the words Free and Premium, and has been a major buzzword over the past 10 years in development, media and entertainment circles. In a bid to prioritize bringing a product to market at the lowest cost and highest speed possible, many websites, software and mobile applications have employed some variant of a freemium model. These range from free trials to limited access to features for free customers. One area that has been massively impacted by the freemium is gaming, especially on mobile. Popular games on mobile such as Genshin Impact and Clash of Clans have utilized this business model to great effect. At its best, freemium gaming offers the player a rich and fulfilling experience with the option to augment that with paid upgrades.

At its worst however, freemium games are overly extractive and attempt to force or frustrate the user into buying the full game. At a time when virtual data is very important, This is achieved in various ways, such as only allowing the player to play the game for a limited time span each day without paying to unlock the premium experience. Another example is in making the player answer third-party marketing surveys, or view adverts, in order to advance in the game. Not only does this detract from the overall immersion and enjoyment of the game, in many cases it discourages a prospective customer from feeling inclined to spend money on the game. While freemium games are as popular as ever on mobile, there are many organizations and developers looking for better ways to monetize their games while still offering something compelling at their entry level. One such example can be found in casino gaming services. These often have extremely refined promotional models that are invitational to new players, rather than extractive. Games such as online slots can offer daily jackpots as a special welcome bonus to the user, as well as guides with tips on how to get the most out of the game. By emphasising the freedom of choice to participate in their entertainment products, these platforms minimise friction for both new and returning players.

In the world of video games, it has become increasingly common to offer trial periods for new games. This is made easier by the fact all major games consoles, as well as personal computers, enable users to download games from their integrated web-stores. Gaming corporation EA has been promoting their recently released “dodge-ball” style game Knock-Out City by way of this type of trial period. Not only does this get people playing the game, but it increases the level of media coverage for the title, both by way of its intrinsic content, and due to the limited time-offer of the trial. Once the trial is finished, players can then consider paying for the full game. The strategy behind this is in the expectation that players that have already begun to invest in the experience are more likely to pay to continue playing.

The future of Freemium may be best demonstrated by games like the popular free-to-play battle royale title Fortnite. While this game is completely free to access and play, developers Epic Games’ offers users the option to buy a battle pass, which works like a VIP pass that opens up the option to collect and purchase character customisations. By offering the game for free, and encouraging players to invest in expressing themselves in-game, they have generated over $10 billion in revenue from microtransactions since the game launched in 2017.

Now large studios are looking to this model and exploring how to integrate it into their existing products. In 2020 Call of Duty launched their own free-to-play multiplayer experience, Warzone. The title, alongside Call of Duty: Modern Warfare, have made Activision over $500 million in microtransactions over the past year alone. This trend shows no sign of slowing as Microsoft Game Studios and 343 Industries, the developers behind the Halo franchise, announced that the upcoming Xbox Series X title Halo Infinite will launch with its own free-to-play multiplayer. Details are scarce at this stage, but analysts suggest it is extremely likely this will operate on a similar VIP pass model.

Previous article
Why Most People Fail When Trying to House Edge for Baccarat
Next article
Aamna Sharif Net Worth, Career and Movies