The Basic Laws of Leadership 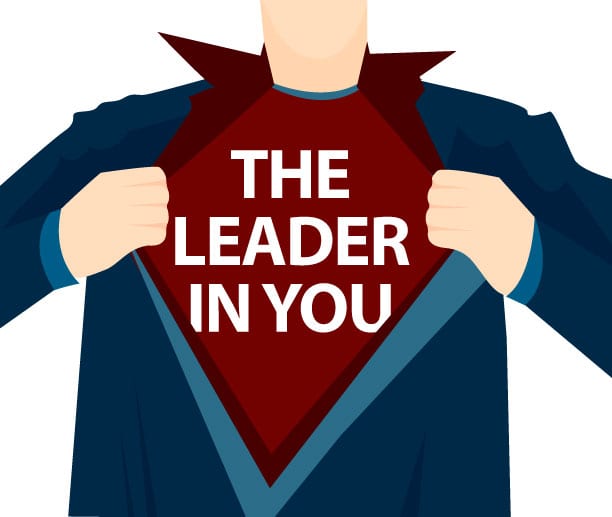 All leaders must learn the basic laws of leadership so they can use them as illustrations, as well as use them for productivity.

The Law of Sowing and Reaping

Whatever you sow, you reap. Another way to put it: In order to reap, you must sow. Everyone has to get good at one of two things: planting in the spring or begging in the fall. To deserve the harvest, you must plant the seed, take care of it in the summer and then carefully harvest it.

Here’s something else about the law of sowing and reaping: You don’t reap only what you sow. You reap much more than what you sow. That’s important to understand. This works both positively and negatively, too. The old prophet said, “If you sow the wind, you don’t reap wind, you reap a whirlwind.” But if you plant a cup of corn, how much do you get back—a cup? No, a bushel for the cup. You get back much more than what you plant. That’s the reason for planting—for the increase.

Now, here’s the next key to the law of sowing and reaping: Sometimes it doesn’t work at all. The farmer plants the crop in the spring and takes care of it all summer. He’s an honorable man, loves his family and is a decent citizen. But the day before he sends the combines into the field, a hail storm comes along and beats his crop into the ground. And it’s gone. It’s lost.

So this time it didn’t work. Now what must the farmer do? He’s got to decide whether to do it again or not. “Shall we take another chance the next spring?” We would advise him to do so even though he lost everything in the last harvest, because, more often than not, you’ll have a harvest if you plant in the spring. There’s no guarantee, but it’s pretty good odds.

The Law of Averages

If you do something often enough, you’ll get a ratio of results. Once you understand that, the world is yours.

Let’s say you’re just getting started in sales and you talk to 10 people, and you get one. We now have what we call the beginning of a ratio. Talk to 10, nine say no, and one says, “Yes, I’ll buy your product. I’ll take your service.” Somebody says, “Well, one out of 10 isn’t that good.” Well, you’re just getting started. Here’s what happens with the law of averages: Once it starts, it tends to continue. If you talk to 10 and get one, chances are excellent that if you talk to 10 more, you’ll get another one. You don’t have to be perfect here. All you have to do is understand the law of averages.

Here’s what I do if I’m new: I make up in numbers what I lack in skill. When my skills increase, I don’t have to do 100 to get 10. Once you understand the law of averages, the chances are excellent that the ratios will work for you. The law of averages will serve you well as a leader in your business career, in your sales career, in any kind of career.

This is not a moral question. It’s the wrong group in terms of productivity and effectiveness in your business, for your future. So what’s the answer to that? You can work individually with the 20 percent, but you can only work in a group setting with the 80 percent. The key to remember: Give 80 percent of your time to the 20 percent.

The Law of Faith

Faith is the ability to see things that don’t yet exist. Faith can turn difficulty into positive reality. There are a few parts to the law of faith:

It might be worse than when you first see it. Keep in mind that it might be worse than you first see it. Sometimes you just look at the surface. You’d better look underneath. You’d better take a deeper look so that you can really see it as bad as it is. Not to overblow it now, but to make sure you see it as bad as it really is.

So take the early steps of faith. Whatever you can see as possible to become, start believing that, have faith in that. As that starts to take hold, you’ll be able to see it for more and for more and for more, and the possibilities will start to increase in your own imagination.

Work With the People Who Deserve It

You’ve got to set up objectives ahead of time to determine who deserves it. When you bring somebody into your enterprise, you set the ground rules. Make sure all the guidelines are clear. Monitor results and accomplishments, then you know who deserves it.

Teach people how to deserve it.

Teaching people and moving them from need to deserve starts to accelerate their self-esteem. You can’t believe what a high the beginning of new self-esteem is. If a person hasn’t had it for years and years, and they’ve been beaten down by their own philosophy and they’ve been beaten down by everybody else—if you start them on the early steps of learning to deserve, then that starts this process of self-esteem. And self-esteem leads to action, action leads to progress, and progress leads to fortune. So work with the people who deserve it. And teach people how to deserve your time, how to deserve your help.

Don’t expect the pear tree to bear apples. I mean, let people do whatever they can do. And let them change their mind. Let them grow and develop. Here’s what I’ve found: You cannot change people, but they can change themselves. The best you can do is to inspire, teach, pray and hope. You can’t get in there and change them, but you can do your best to deliver the message that can create change if someone will accept it. If someone will do something about it, then take the early baby steps to get them started. Be happy with the smallest progress, give some rewards and a pat on the back and say, “It’s going to work for you. You’ve taken these two steps. I’m telling you, if you can take two steps, you can take 102.”

Know That There is Both Good and Evil

All leaders must teach the fact that there is both good and evil. We are all challenged to become the most of the good in us and the least of the bad. That’s the beginning of civilization. Character is a core element of leadership.

Let me tell you a story. The frog and the scorpion appear on the bank of the river at the same time, and the frog is about to jump in and swim to the other side. The scorpion sees what’s about to happen and engages the frog in conversation. He says, “Mr. Frog, I’m a scorpion and I can’t swim. Would you be so kind as to let me hop on your back? You swim across the river, and just deposit me on the other side. I’d be grateful.” The frog looks at the scorpion and says, “No way. Scorpions sting frogs and kill them. I’d get out there halfway, you’d sting me, and I’d drown.” The scorpion said, “Mr. Frog, with your frog brain, you’re not thinking. If I stung you out there halfway, you’d drown and I’d drown. I just want to get to the other side. Please do me the favor.” The frog says, “OK, that makes sense. Hop on.” The scorpion hops on the frog’s back, and the frog starts across the river. Sure enough, halfway across the river the scorpion stings the frog. They’re both in the water about to go down. The frog cannot believe what’s happened, and he says, “Why did you do that? I’m about to drown and die, but so are you. Why would you do that?” And the scorpion says, “Because I am a scorpion.” It’s his nature, his character. Make note of this: You can’t take a chance. You’ve got to know the scorpion.

I learned in building an enterprise that there are some people you don’t need. You’re better off without their productivity because they’re scorpions in the fold. The old prophet said, “Beware of the foxes that spoil the vines.” The vineyard looks good, but you’d better look a little closer—the foxes are at work. And to be a good shepherd, to be a good father, to be a good mother, you’ve got to learn the story of the frog and the scorpion and the foxes that spoil the vines.