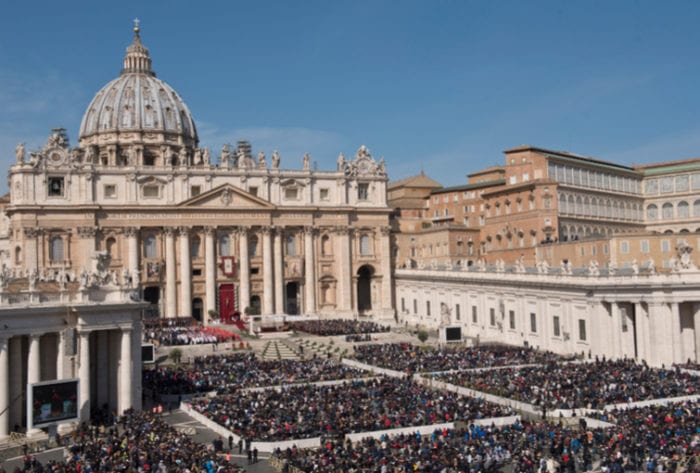 Which is The Smallest Country in the World?

The smallest country in the world and a list of the 10 smallest countries by total land area. Some of the coziest nations, islands, and places on the planet.

Covering not even one kilometer squared, Vatican City is the world’s smallest country by land area.

With their own governments and own culture, these small countries are some of the richest, most remote, and most intriuing places in the world. Let’s take a look at the 10 smallest countries in the world today:

Malta is another island country, and is located in the Mediterranean Sea. The Republic of Malta is actually made up of three islands: Gozo, Comino, and Malta, which is the largest of the three. This small country has a population of over 450,000 inhabitants, making it one of the most densely populated countries in the world. Another popular tourist destination, foreigners from all over the world come to Malta for its sunny weather, attractive beaches, rich history, and vibrant nightlife. Malta is made up of 116 squared kilometers, which puts it at number ten of the world’s smallest countries.

A popular tourist destination in the Indian Ocean, the Maldives is the smallest country in Asia in terms of area and population. There are over 1,192 coral islands in the Maldives, which are spread over 90,000 sq.km, making it one of the world’s most dispersed countries. The country was once the colony of many empires, the Portuguese, the Dutch, and the British, but became an independent country in 1965. Today, the Maldives has a vibrant tourism economy due to its famous white sand beaches and crystal blue waters. The Maldives is the world’s ninth smallest country with a land area that measures a total of 300 kilometers squared.

The Mother Colony of the West Indies, these 2 islands in the Caribbean were some of the first islands to be occupied by Europeans. They occupy a total of 261 kilometers squared, which makes Saint Kitts and Nevis the world’s eighth smallest country. Its economy is dependent on tourism, agriculture, and small manufacturing industries. The islands also provide fantastic diving sites due to abundant marine life. A major sugar exporter for centuries, the large plantations are now beautiful estates that have been converted into hotels and resorts.

The Marshall Islands, which is officially called the Republic of the MarshalI Islands, is an island country that can be found in the Pacific Ocean, approximately halfway between the US State of Hawaii and the continent of Australia. It is considered to be part of Micronesia. The area surrounded the islands are incredibly biodiverse and include over 800 species of fish as well as 160 of coral. The area around the Marshall Islands also hosts a number of shipwrecks. With 181 square kilometers, the Marshall Islands are the world’s seventh smallest country.

A German-speaking country, this is the only nation in the world to be completely located in the Alps. Located between Switzerland and Austria, Liechtenstein is the richest country in the world by GDP per capita, with the lowest unemployment rate (1.5%). Getting into the country is a little tricky, as there is no airport within its borders. Visitors must go through Switzerland’s Zurich Airport to reach this Alpine country that’s still ruled by a prince! With 160 square kilometers, Liechtenstein is the world’s sixth smallest country.

Formerly known as the Ellice Islands, Tuvalu is located in the Pacific Ocean northeast of Australia. With a total of 26 square kilometers, Tuvalu is the fourth-smallest country in the world. There are about 10,000 inhabitants, with 8 km of roads, and only one hospital present on the main island. The country was once a British territory but became independent in 1978. Due to the country’s location further afield, tourism is not very significant. In 2010, less than 2,000 visitors came to Tuvalu, with 65% of them coming for business.

An island nation located east of Australia, Nauru is the smallest island country in the world. It was known in the 1980s for its booming phosphate mining but is now a quiet island off the radar of tourists. Formerly known as Pleasant Island, its phosphate resources are now depleted, leading to a 90% national unemployment rate, with the remaining 10% employed by the government. Nauru is also known as the country with the most obese people in the world, with 97% of its men and 93% of women being obese or overweight. Because of this, Nauru is also home to the world’s highest level of type 2 diabetes, with 40% of its population suffering from the ailment. Nauru has a total of 21 square kilometers, which makes it the world’s third smallest country.

Located on the French Riviera, Monaco is home to the largest number of millionaires and billionaires in the world per capita. It is also the world’s second-smallest country, with only 2 square kilometers in total land area. Known for its gambling and luxury goods and services industry, Monaco is a favorite playground of the rich and famous. Bordered by France on three sides and on one side by the Mediterranean Sea, the residents of Monaco are mostly French-speaking. With a population of over 36,000, Monaco is the world’s most densely populated country. The most popular annual event is the Formula 1 race, with tracks passing through the city streets.

The Smallest Country in the World

The world’s smallest country is the Vatican, also known as the Holy See. With only 0.44 squared kilometers, Vatican City is the world’s smallest country by land area. This country fits entirely within the Italian capital city of Rome, and is the center of the Catholic Church. It is also home to the biggest church in the world – St. Peter’s Basilica, which holds some of the most significant art works of the Renaissance such as The Pieta and the Creation of Adam. Its income comes from the voluntary contributions of over 1 billion members of the Roman Catholic Church around the world. The remainder of its economy comes from the sales of postage stamps, tourist mementos, and admission fees of museums.