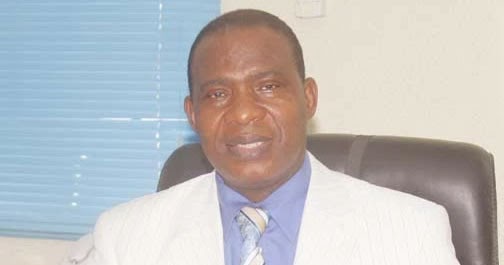 Sunny Obazu-Ojeagbase was born in Osogbo in Osun State, Nigeria on December 31st,1950. He had his Secondary School education at St. James Primary School before moving to Lagos where he studied Mass Communication at the University of Lagos.

After graduating from the University, Obazu-Ojeagbase got a job as a sports analyst in several media houses like Herald Newspaper, Concord Group of Newspapers, Daily Times, The Guardian. He later began publishing sports newspaper called Sports Souvenir every week immediately after resigning from the Guardian. Obazu-Ojeagbase also went on to publish Complete Football with the Sports Souvenir becoming the first Nigerian sports newspaper while the Guardian became the first Nigerian all-colour monthly football magazine.

Obazu-Ojeagbase published Complete Sports, a daily sports newspaper and Success Digest Magazine a business establishment guide which has gone on to become one of the most widely read newspaper and magazine in Nigeria.

Sunny Obazu-Ojeagbase net worth is estimated at a little below $5 million.

Sunny Obazu-Ojeagbasewent down the isle with his soul mate Esther Ojeagbase whom he founded the Success Attitude Development Centre with. Their union yielded two beautiful children but his second child Julius BabatundeOjeagbaseis is widely known through his interview with punch concerning his father’s friends.

Julius who is the manager, Technical Operations, online radio, which is the studio branch of Complete Communications Limited which his father founded, told PUNCH that his father tries to keep his life private and does not keep much friends. He also said that his father is a disciplinarian.

Sunny Obazu-Ojeagbase and his wife Esther are mother  Pastors.

Apart from his main business as a reporter, Sunny Obazu-Ojeagbase is also an author who has written several books such as; How to Bullet Proof Yourself from Poverty, Ideas – The Starting Point of All True riches and How to Make It in Nigeria – Building Your Wealth from Ground Floor Up.

Sunny Obazu-Ojeagbase has recorded immense success in his reporting career, from a staff of several media houses to the CEO of his own reporting company is a great achievement for him. He has received many accolades and awards for his contributions to sports news in Nigeria. Some of his awards are listed below;