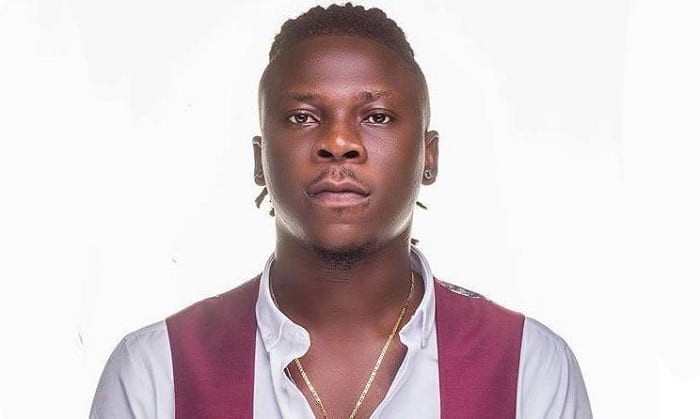 Livingstone Etse Satekla, better known by his stage name Stonebwoy is a Ghanaian afropop, dancehall and reggae artiste. He is the CEO of Burniton Music Group. He won the Best International Act: Africa category at the 2015 BET Awards and Artist of the Year at the 2015 Ghana Music Awards. He is recognized as the king of reggae and dancehall artists in Africa  Stonebwoy is also an actor, having appeared in the movie My name is Ramadan. He is a global ambassador for sanitation. In September 2019, he was made the brand ambassador for Voltic Natural Mineral Water, in a deal that could be renewed after two years.

Stonebwoy was born in Ashaiman in the Greater Accra region of Ghana and began making music in his early school days. He realized his talents and abilities as a lyricist and script writer at an early age, remembering writing and acting drama pieces as far back as fourth year in primary school.

Stonebwoy is Married to Dr Louisa Ansong, with two children.

Under “Samini Music”, Stonebwoy recorded his first hit single “Climax” featuring Samini and subsequently “Ghetto Love” featuring Irene Logan. Both songs earned him nominations at the Ghana Music Awards. After this exposure, he released his debut album “Grade 1 Album”. The album contains seventeen tracks which featured prominent Ghanaian artists including Tinny and Edem aside from those mentioned above. The release of the debut album made the Stonebwoy brand a household name in the music industry.

In 2014, Satekla released his second album, called the Necessary Evil. It consists of twenty-nine tracks, including the famous Baafira track that featured Sarkodie. The album was the recipient of three Ghana Music Awards from six nominations.

Released on December 12, 2017; the Epistles of Mama was dedicated to Satekla’s late mother by name Mrs Catherine Lucy Aku Ametepi Satekla. The 24 track album features Sean Paul, King Promise, Burna Boy. The album peaked at Number thirteen (13) on Billboard chart top 200 albums worldwide. In 2018 ‘Epistles Of Mama (EOM)’ was rated the second-best album in the world according to reggaeville.The Album was honored by YouTube for hitting over 10 million views.

Stonebwoy normally ragga in Jamaican Patois (Patwa or Patwah), and is considered a “multifaceted rapper” due to the various musical styles he possess. In 2015, he received many awards and nominations ranging from “Artist of the Year” to “Album of the Year”. His sophomore album, Necessary Evil, was the recipient of 3 Ghana Music Awards from 6 nominations. Nana Appiah Mensah, CEO of gold dealership company Menzgold, sent out words of encouragement to Stonebwoy on Instagram for Stonebwoy being supportive. On April 18, 2019, Nana Appiah Mensah posted a photo of Dancehall act Stonebwoy saying he is proud of the Bhim Nation president for defending him and that God bless him.

He has been listed as part of the 2019 50 (fifty) young CEOs, by YCEO and Avance media this year. The list which was launched earlier in 2018, was set out to honour distinguished young individuals pursuing the course of providing solutions to some of Ghana’s pertinent problems.

Stonebwoy kicked off his world tour in the Euro-zone in August 2014.  He performed in Germany, Italy, Spain and Austria. His 2016 Canada-America tour saw him perform in New York City, Ohio, Philadelphia and Ontario. In the same year, he rocked Perth, Melbourne, Brisbane and Sidney all in Australia. His second Euro tour saw him travel to the Nordic to thrill fans in Denmark, Finland and Sweden in last quarter of 2017. Stonebwoy performed at Reggae Sumfest,  Afronation festival in Portugal, Rotterdam reggae festival,  Uppsala Reggae Festival. Rototom Sunsplash.

On the eve of May 18, 2019 during the 20th edition of Vodafone Ghana Music Awards, a brawl erupted between the followers of Stonebwoy and his music rival Shatta Wale and his fans, which lead to Stonebwoy pulling a gun on stage.  They were both arrested and detained the following day. They both appeared in court where they pleaded not guilty to both their respective charges after which they were granted bail of GH¢50,000 each. They were stripped of the awards they picked up that night and were indefinitely banned from the program by Charterhouse, the organizers. They made peace by the 30th day of the very same month.

READ STONEBWOY NEWS AND ALL INFORMATION ABOUT HIM HERE