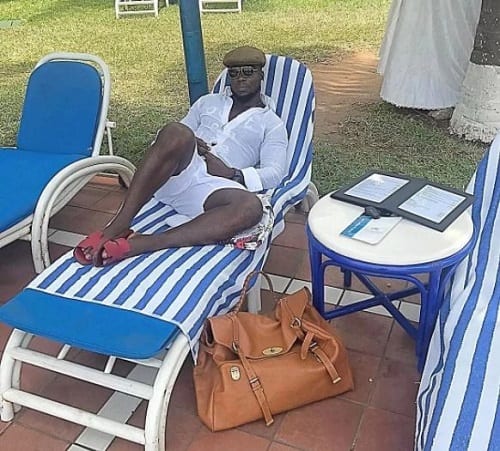 What is Stephen Appiah Net worth?

Stephen Appiah is the first Ghanaian Football player to captain the Black starts to FiFa world Cup. Appiah is has since become a household name which  is why many want to Stephen Appiah net worth

Stephen Leroy Appiah ( born 24 December 1980) is a Ghanaian retired footballer who played as a midfielder. Appiah was a member of the Ghana national team, which he has represented at the youth, Olympic, and senior levels. He captained Ghana at their World Cup debut in 2006 and was a member of their squad for the 2010 World Cup.

Appiah began his career at local club Hearts of Oak in 1995, at 15 years of age. In 1996, he had trials with Galatasaray’s youth squad but was not signed and he returned to Hearts of Oak

Appiah’s phenomenal sense of style has made him a fashion icon for many Ghanaians. The man is also a car freak, driving some of the best cars money can buy. He has several powerful cars in his fleet, including a Range Rover.

Stephen Appiah net worth is estimated to be about &20 million.

The former Black Stars skipper has phenomenal sense of style that has made him a fashion icon for many Ghanaians. His love for fashion led him to launch the StepApp clothing line, which was released in 2007

The Black Star technical team member is a car freak, driving some of the best cars money can buy. He has several powerful cars in his fleet, including his favourite Range Rover

Stephen Appiah was the Ambassador for the 2017 Milo U13 Champions League Tournament and has shown keen interest and sponsorship in sports development especially at the youth level.

Appiah was part of the Ghana squad which won the FIFA U-17 World Championship tournament in 1995 at age 14. The team beat Brazil in the final to lift the trophy.

Stephen Appiah’s case is very significant as he made his Black Stars debut the very day he celebrated his 16th birthday on 24 December 1996. The Ghana legend who also rose to become the captain of the Black Stars made his debut when Ghana played Benin in a four nations tournament in Cotonou. Appiah replaced then skipper Abedi Pele in the 80th minute after Ghana had taken a commanding 2-0 lead