HomeBiography of Famous People And CelebritiesSibu Mabena Biography and Net Worth

Sibu Mabena Biography and Net Worth 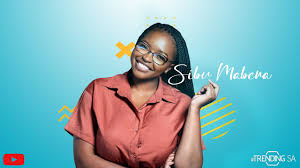 Sibu Mabena was born on 25 October 1991 in Johannesburg, South Africa.

With a strong background in dance, having competed as part of the South African Hip Hop Dance Team internationally during the years 2005 and 2009 and then becoming one of the choreographers and coaches of the team, Sibu’s network spans beyond South Africa’s borders.

Going on to work behind the scenes at South Africa’s largest urban dance events, namely, Masters of Rhythm and Strictly Hip Hop, and competing as the founder of Phly Nation, the first all-female crew to compete in the Red Bull Beat Battle, doing choreography for Glo CAF Awards in Nigeria, MTV Africa Awards, the South African Film and Television Awards and the South African Music Awards, working as a production assistant on Afropunk Brooklyn and shadowing the Creative Director of the MTV EMAs in Milan to name a few, Sibu’s exposure to the urban entertainment scene runs 14 years deep.

She has done work for major global brands such as Miller Genuine Draft, Castle Lite, Brutal Fruit, Fish Eagle, and MTV to name a few. She has also worked with notable artists such as Patoranking, Anthony Anderson, D’banj, Bucie, Khuli Chana, DJ PH, Stogie T, Moozlie, Shimza, and many more…

Sibu Mabena spent her youth years as a student at Pro Arte Alphen Park where she majored in Dance and performed in the Top 10 Academically in 2005 and 2006. Sibu then moved to Midstream College, where she matriculated as Deputy Head Girl in 2009.

She founded Mbuduma Communications, now trading as Duma Collective, while doing her Bachelor’s Degree in Political Science and International Relations at the University Of Pretoria where she graduated as the class of 2014.

Sibu spent 2 years ‘hustling’, devising, managing influencer campaigns, and working on events such as Pop Bottles and many other jobs under her company. In 2016, Sibu was hired by VIACOM as their Brand Coordinator (synonym for Brand Manager) for MTV and MTV Base.