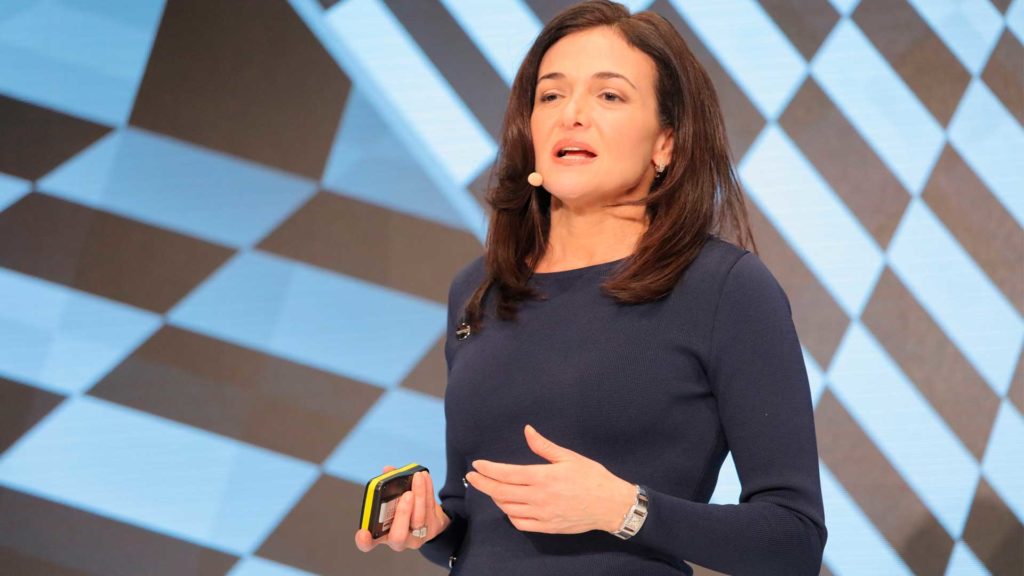 Sheryl Sandberg net worth 2022: Sheryl Kara Sandberg is an American business billionaire who serves in the capacity of the Chief Operating Officer of Facebook and the CEO of Leaning.Org. She is also the first woman to have been elected as an executive board member of Facebook. She was previously the Vice President of Global Online Sales and Operations at Google. This article takes a look at Sheryl Sandberg net worth and achievements.

Sheryl Sandberg was born August 28,1969 in Washington DC, United States of America. She is the eldest daughter of three children born to Jewish parents Joel and Adele Sandberg. Her father Joel was an ophthalmologist while the mother Adele was a college teacher.

She schooled at Northern Miami Beach High School after which she attended Harvard University where she graduated with a BA degree in Economics as the top graduating student in Economics and was awarded the John H. Williams Prize for her outstanding performances while schooling there. It was while at Harvard that she co-founded the Women in Economics and Government. It was during this time that she came in contact with her thesis adviser and mentor, Lawrence Summers.

Lawrence Summers finally employed Sandberg to be his research assistant at the World Bank where she worked for about one year on several health projects in India dealing with Leprosy, Blindness and Aids. She later obtained an MBA at Harvard Business School

On graduating from Business school in 1995, Sheryl Sandberg worked at McKinsey & Company as a management consultant for a year, after which she worked  United States Secretary of the Treasury who was  Larry Summers her mentor and thesis adviser back in Harvard University.

Having known her amazing business qualities, Facebook’s CEO Mark Zuckerberg, decided to higher Sheryl Sandberg as the Chief Operating Officer of Facebook, thereby also making her the eight board member and the first woman to be among the board members.

As the Chief Operating Officer of Facebook, Sandberg made a very huge impact in terms of the company’s revenue as she helped increase the sales and revenue of Facebook greatly to $84.2 billion.

She has been listed as one of the world’s 100 most powerful women by Forbes.

In 2012, Newsweek and The Daily Beast released their first “Digital Power Index”, a list of the 100 most significant people in the digital world that year (plus 10 additional “Lifetime Achievement” winners), and she was ranked number 3 in the “Evangelists” category.[94]

she was named in Time 100, an annual list of the 100 most influential people in the world assembled by Time in 2012.

Leaning.Org, of which Sheryl Sandberg was the CEO was shortlisted for the Financial Times and Goldman Sachs Business Book of the Year Award

In 2013, she was ranked #8 on “The World’s 50 Most Influential Jews” conducted by The Jerusalem Post.

Sheryl Sandberg got married to her late husband and former CEO of Survey monkey, Dave Solberg who later died mysteriously in 2015 at the age of 47.

Sheryl Sandberg net worth is estimated at $1.9 billion. She is ranked as one of the most powerful women in America by Forbes. rior to joining Facebook as its COO, Sandberg was Vice President of Global Online Sales and Operations at Google, and was involved in its philanthropic arm Google.org.

Advertisement
Related Topics:sheryl sandberg net worth
Up Next