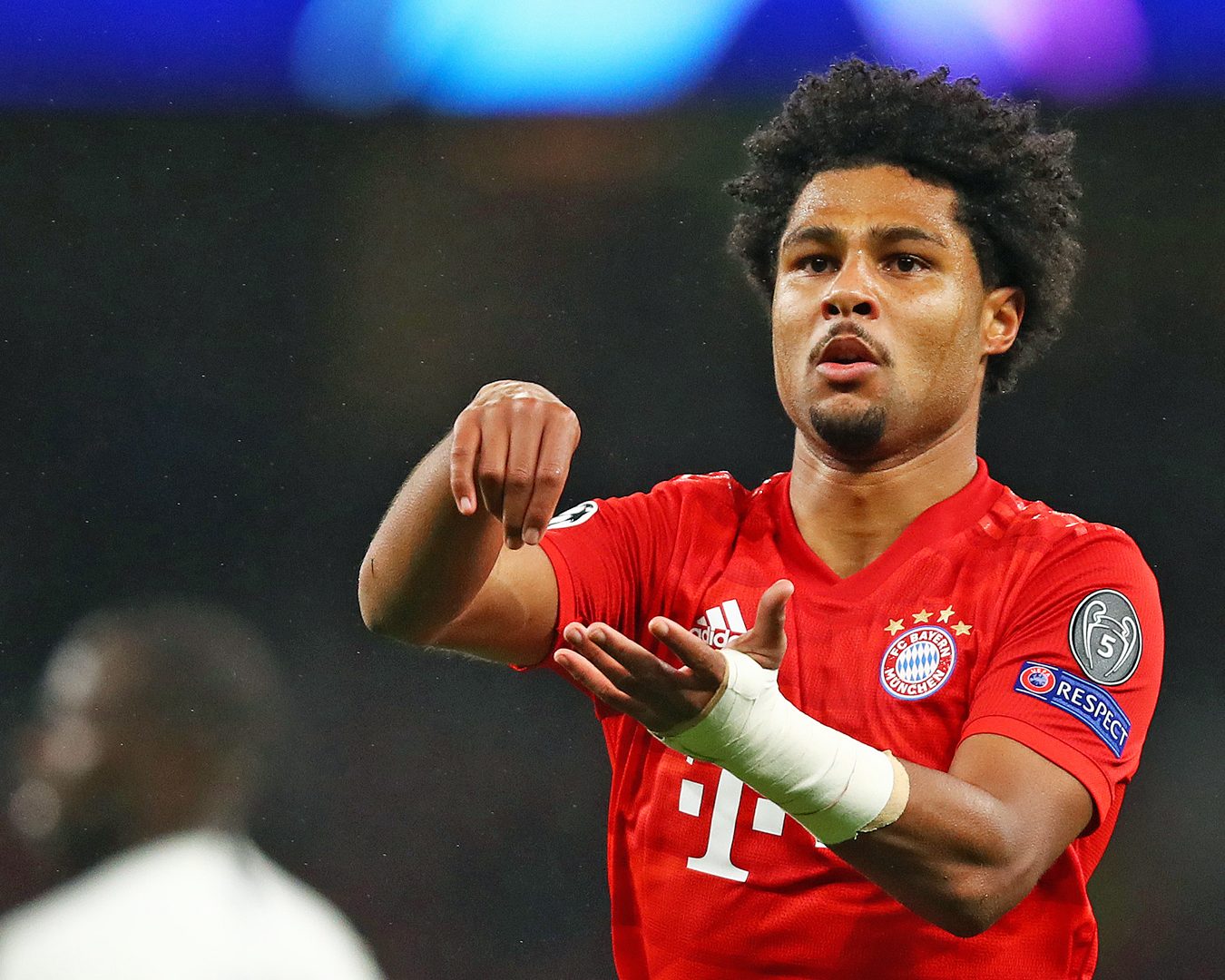 What is Serge Gnabry net worth?

Serge David Gnabry is one of the best footballers in the world.

In this article, we will be bringing to you the fortunes of serge Gnabry, his salary, stats, and records.

Serge Gnabry net worth 2022: Serge Gnabry is a German professional footballer who plays for Bayern Munich and the Germany national team. Serge Gnabry was not widely known until the 2019/2020 champions league where he put up some outstanding performances, bagging goals after goals in the tournament, which resulted in Bayern Munich winning the Champions League that season.

Serge Gnabry plays as a winger and he has known his composure in front of goal as well as his finishing accuracy. He is great with both feet and knows how to position for the final pass. More exciting facts about Serge Gnabry’s net worth, career, and achievements will be discussed in this article.

Serge Gnabry was born to parents from different races, on 14 July 1995 in Stuttgart, Baden-Württemberg. His father is from Ivory Coast while his mother is from Germany. Serge Gnabry was very athletic in nature while growing up, in fact, he was a great sprinter but yet he chose to pursue a career in football, a sport he had a great passion for. Gnabry played in several youth academies before finally landing in Arsenal where his professional career began.

Serge Gnabry net worth has been largely earned from his career as a footballer. He made his fortunes playing at various stages of the sport.

Serge Gnabry joined Arsenal FC in 2011 from VfB Stuttgart, by then he had turned 16. Gnabry spent only one season with the youth team of Arsenal before he was promoted to the first team after his impressive displays at the youth level. He played only ten games for the club before he was loaned out to West Bromwich Albion before he was sold to Werder Bremen.

Serge Gnabry had an impressive season at the German club, scoring a total of 11 goals in 27 matches which attracted the likes of Bayern Munich who succeeded in pricing him away from the club after spending one season AT Werder Bremen.

Serge Gnabry joined Bayern Munich in 2017 but was immediately sent out on loan to 1899 Hoffenheim to continue his development, as there were many players ahead of him in the pecking order. He was later called back to the club after an impressive one season away from the club where he notched 10 goals in 22 appearances for Hoffenheim.

Serge Gnabry immediately broke into the first team in the 2018/2019 season where he went on to score goals after goals in many matches for the club. This scoring spree saw him cement his spot as a regular in the first team. In that season, he helped the German Machines to claim the Bundesliga titles and also finished as the club’s second-highest goal scorer after Lewandowski.

Take a look at the best midfielders in the world here

During the 2019-20 season, Serge Gnabry continued in his fine form and goal-scoring spree as he helped the Bundesliga champions to claim their second treble including the UEFA Champions League. During the 2021/2022 season, he started off with a hat-trick in the club’s 8-0 demolition of Shalke 04 which became his first Bundesliga hat-trick.

Serge Gnabry has played for Germany at all levels. He got his call to the senior team in 2016 and since then, he has become an integral part of the National team, scoring 19 goals so far in 29 appearances.

Serge Gnabry net worth is estimated at $ 100. He is among the highest-paid footballers in the Bayern Munich team. Gnabry’s main source of income is through his illustrious career as a footballer and his numerous endorsement deals with various companies.

Serge Gnabry has a height of 1.76 m (5 ft 9 in), so you would be right to say he is not far from being a very tall player as such his height allows him to contest for aerial balls too.

At the start of the 2021/2022 season, Serge Gnabry has scored three goals, has the sixth-most attempts on goal within the league,

Serge Gnabry has a very good and amazing Bundesliga record so far. He has played a total of 143 games in the course of his Bundesliga career and has won 91 of those games. H has scored a total of 56 goals and has completed 94 matches with Bayern Munich. In total, he has 35 goals for Bayern Munich.

Serge Gnabry is known for his iconic “cooking” goal celebration which he got from NBA star James Harden. Each time he scores, he is always seen using his right forefinger to stir in his palm as his goal celebration.

Serge Gnabry is not married and he also tries to keep his personal life away from the public.

What is Serge Gnabry Salary ?

Serge Gnabry reportedly earns an annual salary of €5.5 million. He is paid a weekly wage of €105,200. He is among the highest-paid soccer players in Bundesliga.

What do you think About Serge Gnabry net worth? leave your reply in the comments below.