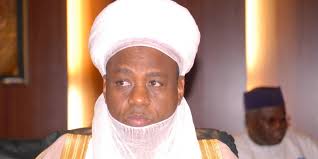 Glusea brings to you Sa’adu Abubakar Net Worth and Biography

Sa’adu Abubakar net worth: Muhammadu Sa’ad Abubakar,is the current and 20th Sultan of Sokoto CFR (Commander of the  Federal Republic). He is the second richest ruler in Nigeria and also the most powerful ruler in the North. He rules over the Sokoto Caliphate which also makes him not only the most powerful traditional ruler in the North but also the spiritual leader of the Muslims in Nigeria. About fifty percent of the population which are Muslims are ruled by Sa’adu Abubakar.

Sa’adu Abubakar net worth is reported as $100 million. He is one of the richest kings in Nigeria and perhaps Africa.

Sa’adu Abubakar is very influential and has been on sit for fifteen years since his appointment in 2006. He had served in the capacity of a Brigadier General of the Nigerian Army from 1977-2006. Another interesting fact about this distinguished ruler is that he is the heir to the throne of Sheikh Usman Dan Fodio which was established by Usman himself and has been in existence for two centuries.

In this article, we are going to take you on a tour around the biography and net worth of Sa’adu Abubakar.

Sa’adu Abubakar is the youngest son born to the 17th Sultan, Sir Siddiq Abubakar III on the 24th day OF August, 1956. His father Air Siddiq ruled as the 17th Sultan of Sokoto for more fifty years.

Sa’adu Abubakar attended Barew College in Zaria after which he was enrolled in the Nigerian Defence Academy where he became a member of the 18th Regular Course.

Sa’adu Abubakar served in the Nigerian military in 1977 where he was Commissioned to serve as a Second Lieutenant in the Armoured Corps. He was the head of Presidential security that were charged with the responsibility of protecting the then military ruler General Ibrahim Babangida during the 1980s.

Sa’adu Abubakar also lead a battalion of African peacekeepers in Chad as part of the OAU (Organization of African Unity) force. He also served as the military liason officer for ECOWAS ( Economic Community of West African States). He later retired from duty as a Brigadier General of the Nigerian Army, having served his country in various military capacity well.

After retiring from military service, Sa’adu Abubakar was appointed the 29th Sultan of Sokoto, thereby succeeding his brother Muhammadu Maccido, who was the ruling Sultan but died in a plane crash, living the throne vacant for his brother to ascend.

Sa’adu Abubakar is also the head of the Society for the Support of Islam-JNI, known as Jama’atu Nasril Islam. Sa’adu was also included among the potential recipients of the maiden edition of the Global Seal Of Integrity in 2015. He was later appointed the Co-Moderator of the Council OF religion for Peace (CRP).

Not much is known about Sa’adu Abubakar’s fleet of cars, but the most notable car he owns is the 2017 model of one of the most expensive cars Rolls-Royce.

David Kracov Net Worth and Biography