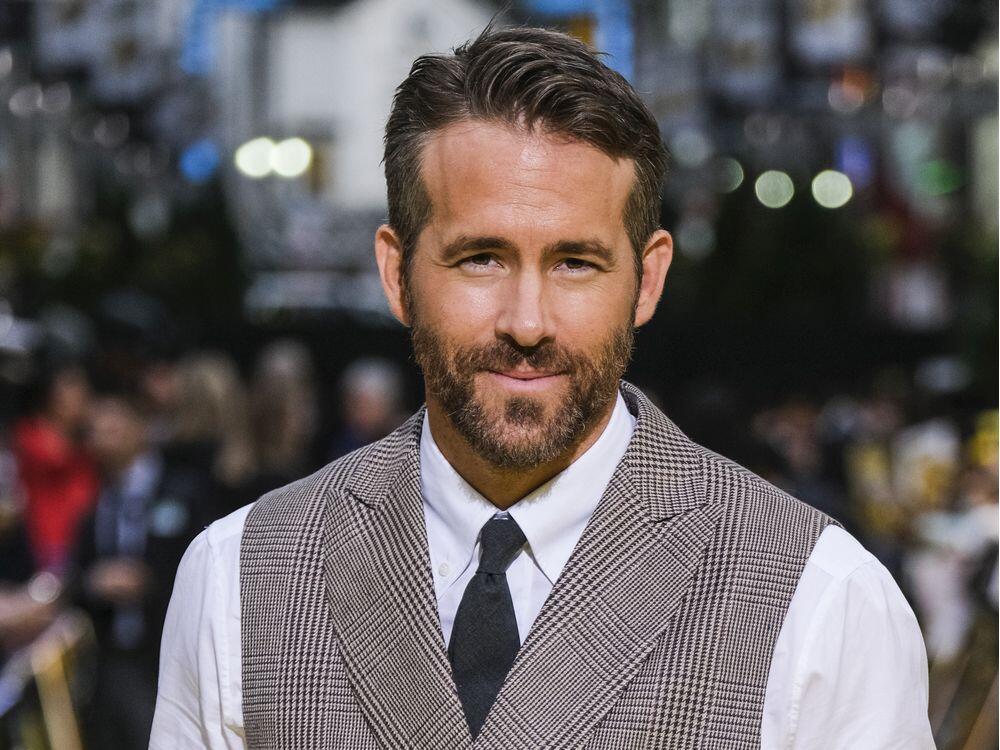 Ryan Rodney Reynolds was born on October 23, 1976 in Vancouver, British Columbia, the youngest of four sons of food wholesaler James Chester Reynolds and retail saleswoman Tamara Lee. His paternal grandfather, Chester Reynolds, was a farmer and politician who represented Stettler in the Legislative Assembly of Alberta from 1940 to 1944.

He is of Irish descent and was raised as a Catholic in Vancouver’s Kitsilano neighbourhood. He graduated from Kitsilano Secondary School in 1994 and attended Kwantlen Polytechnic University, but dropped out. Two of his brothers work in law enforcement in British Columbia, with one being a Royal Canadian Mounted Policeman.

Reynolds’ career began in 1991 when he starred as Billy Simpson in the Canadian-produced teen soap opera Hillside, distributed in the United States by Nickelodeon as Fifteen. Between 1993 and 1994, he had a recurring role in The Odyssey as Macro.

In 1996, he had a supporting role as Jay “Boom” DeBoom in “Syzygy”, the thirteenth episode of the third season of The X-Files, and co-starred with Melissa Joan Hart in the TV movie Sabrina the Teenage Witch.

In 1996, Reynolds played Bobby Rupp, boyfriend of murdered teen Nancy Clutter, in a two-part miniseries In Cold Blood, an adaptation of Truman Capote’s nonfiction novel of the same name. He also appeared in the anthology The Outer Limits episode “Origin of the Species” which originally aired on November 14, 1998. Beginning in 1998, Reynolds starred in Two Guys, A Girl and a Pizza Place, playing medical student Michael “Berg” Bergen, throughout the show’s four season run.

He starred in the National Lampoon movie Van Wilder in 2002, appeared in The In-Laws with Michael Douglas and Albert Brooks, and also in the Canadian production Foolproof in 2003.

In January 2019, Reynolds was named the face of Armani Code leading with a campaign for their Absolu scent. On April 8, 2019, it was announced that Reynolds would be an executive producer of ABC’s game show Don’t.

In 2018, it was announced that Reynolds was cast in the Netflix action thriller film 6 Underground, directed by Michael Bay. The film was released on December 13, 2019.

In October 2008, Reynolds wrote for The Huffington Post regarding his plan to run the New York City Marathon for his father who, at the time, suffered from Parkinson’s disease. Reynolds appeared in People‘s Sexiest Man Alive lists in 2007 and 2009, and was awarded the top honour in 2010.

Reynolds acquired a stake in Aviation American Gin in February 2018. He stated that his interest went beyond that of an owner, and that he planned to oversee the product’s creative direction as well as taking an active role in the business. In November 2019, Reynolds purchased an ownership stake in Mint Mobile. He joined the board of Match Group in July 2020.

On September 23, 2020, the Wrexham Supporters Trust announced that a business partnership consisting of Reynolds and fellow actor Rob McElhenney was in talks to purchase the Welsh soccer club Wrexham AFC.

On November 16, it was confirmed that Reynolds and McElhenney took over the club after receiving the backing of the Wrexham Supporters Trust. In February 2021, the Financial Conduct Authority approved their takeover of Wrexham.

Ryan Reynolds net worth 2023 is estimated at $150 million making him one of the richest actors in the world. He has also earned tremendous amount of his wealth from his business ventures.

eynolds first met Blake Lively in early 2010 while filming Green Lantern, in which they co-starred. In October 2011, they began dating. The couple married on September 9, 2012, at Boone Hall Plantation in Mount Pleasant, South Carolina.

They have three daughters together, James, born December 2014 , Inez, born September 2016, and Betty in 2019. The names of all of Reynolds’ and Lively’s children are the direct inspiration to the names of characters in Taylor Swift’s album folklore.

Reynolds has openly spoken about his lifelong struggle with anxiety, noting in 2018 that he carried out many interviews in the character of Deadpool to alleviate his fears. He became an American citizen in 2018.