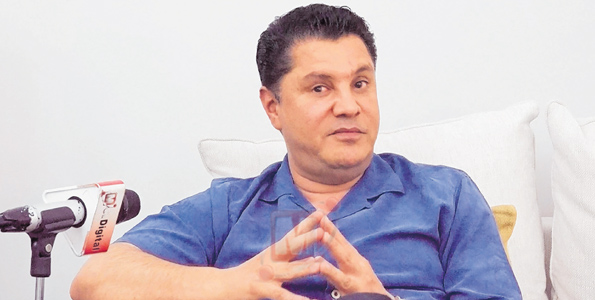 Rostam Aziz net worth 2023: Rostam Aziz is a Tanzanian politician, businessman/entrepreneur and economist. He is one of the richest men in Tanzania. The Aziz family is one of the wealthiest families in East Africa. Their investments range from telecommunications, agriculture, media, mining, and ports facilities.

Rostam Abdulrasul Aziz was born on  21 August 1964 in Dar-es-Salaam.

He represented the Igunga constituency in Tabora Region from 1994 until his resignation in 2011.

He was the ruling party Chama Cha Mapinduzi (CCM) National Treasurer from 2005 to 2007 and member of the Politburo/Central Committee of CCM from 2006 to 2011.

He also achieved access to water for every resident in his constituency and Igunga Constituency became the first district to have a dispensary in every village and electricity in every ward.

Rostam, via Cavalry Holdings, previously owned 35% of the company, but, in May 2014 he sold 17.2% of Vodacom Tanzania to Vodacom Group of South Africa for an estimated $250 million.

He also owns Caspian mining, a contract mining firm in Tanzania, and real estate in Dubai and Oman. Aziz got his start in his family’s trading business and then branched out on his own.

The Aziz family is one of the wealthiest families in East Africa. Their investments range from telecommunications, agriculture, media, mining, and ports facilities.

The Aziz Group holdings include: