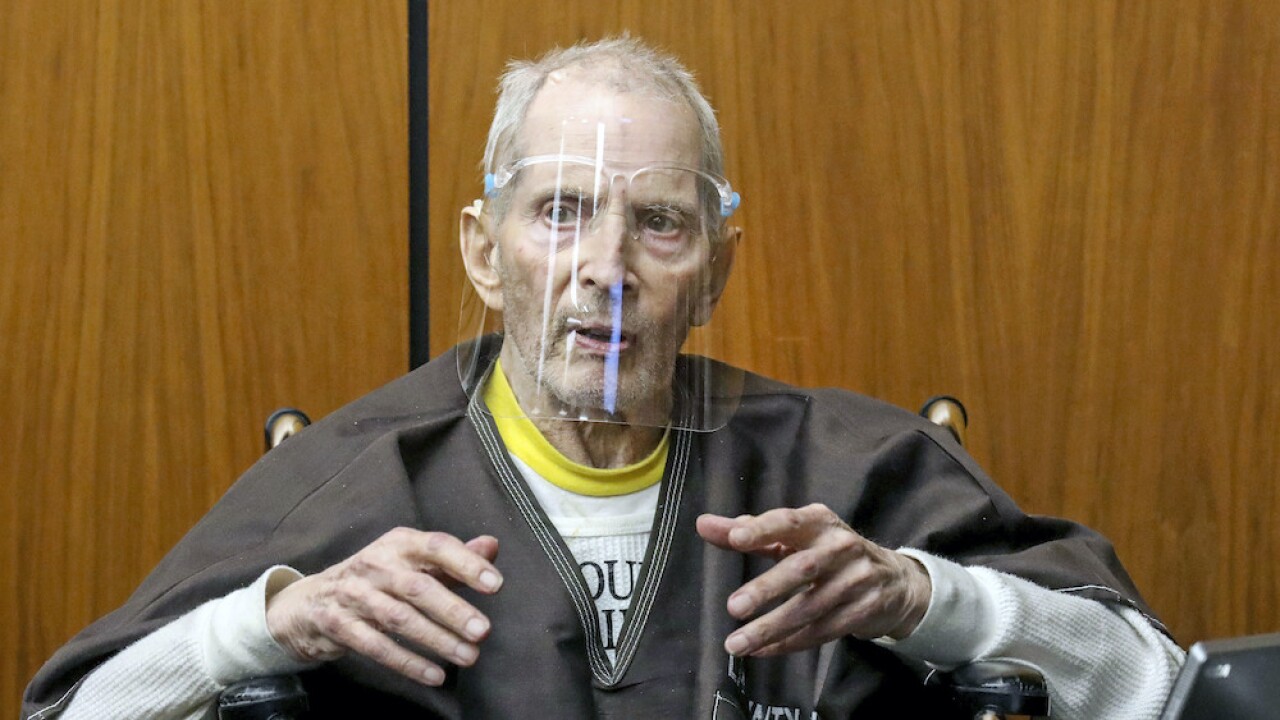 How much is Robert Durst Net worth?

Robert Durst Net worth and Biography

Robert Durst Net worth 2022: Robert Alan Durst is a Jewish-American heir to real estate company (Durst Organization) commonly  suspected of being implicated in the disappearance and murder of first wife Kathleen McCormack Durst in 1982 and the murder of longtime girlfriend Susan Berman in 2000.

He was also accused of being involved in the murder of his elderly neighbor, Morris Black, and disposing of his mutilated body in Galveston Bay in 2001. He was acquitted of the murder charge for alleging accidentally killing Black in self-defense.

In 2015 he was charged with fresh evidence of Susan Berman’s murder and arrested. The process started in March 2020 but has been suspended due to the COVID-19 pandemic. His life inspired a movie starring Ryan Gosling and an HBO miniseries.

Keep on reading as we bring you more fascinating facts about the life, allegations, net worth and career if Robert Durst.

Robert Alan Durst was born on April 12, 1943 in New York, USA, to real estate investor Seymour Durst and his wife Bernice Herstein. He was the oldest of the couple’s four children. At the age of seven, Robert Durst lost his mother when she fell from the roof of their home in Scarsdale, New York. He alleged to have been a witness to  the tragic incident; however, his brother Douglas later denied this.

When Robert was only ten years old, a report from a psychiatrist mentioned “personality breakdown and possibly even schizophrenia”. For his education he attended Scarsdale High School. In 1965 he graduated from Lehigh University with a BA in economics.

Marriage With Kathleen & Her Disappearance

In 1971, Robert Durst link up with  Kathleen McCormack, a dental hygienist, and the duo moved in Vermont together and established a health food store. He later returned to the family business. In 1973 he married Kathleen. He was reportedly violent and domineering in his marriage. He started hanging out with Mia Farrow’s sister, Prudence. Until 1982 the couple lived in separate residences in Manhattan. Kathleen wanted to be a pediatrician and was in her fourth year at Albert Einstein College of Medicine.

She disappeared just a few months before completing her studies. She was last seen at her friend’s party in Connecticut on January 31, 1982, where she appeared upset and walked to her South Salem home after receiving a call from Thirst.

Durst claimed they had a major argument, after which he saw her off to Katonah train station and later spoke to her by phone. He filed a missing person report five days later after the director of the medical school told him that she called in sick on  February 1.

A doorman at her home said he saw her on February 1, but wasn’t sure of the person he saw as he had seen from behind and at a distance. Durst rejected any link with the disappearance of his wife. In 1990 he divorced her and claimed to have left the spouse. Robert Durst remained part of his family business until 1992 when his father selected his younger brother Douglas as his designated successor. He went and stayed in different places.

In 2000, the case file was reopened for investigation for a Homicide relating to Robert Durst. Robert Durst secretly moved into a rental apartment in Galveston, Texas to hide from the media. He began acting as a dumb woman, Dorothy Ciner, and communicated with his landlord exclusively by handwritten notes.

In December 2000, he married Debrah Charatan, a New York real estate agent. Investigators made contact with Susan Berman to speak to her about McCormack’s disappearance. However, on December 23, Susan Berman’s corpse was discovered by police. She was shot and killed in an execution style at her home in Benedict Canyon, LA.

After a few days, the Beverly Hills Police Department received a handwritten note that only printed Berman’s address and “body” in block letters. In it, Beverly was misspelled as Beverly. On October 9, 2001, Durst was arrested in Galveston for killing his 71-year-old neighbor, Morris Black. The Morris Black’s body parts were found floating in Galveston Bay.

Durst was taken in to custody on charges of murdering Berman before the last episode of “The Jinx: The Life and Deaths of Robert Durst” was broadcast in March 2015. At the time of his arrest, he had a gun and fake ID, latex mask and more than $ 40,000 in cash. In 2016, he was sentenced to 85 months in prison in California after pleading guilty on gun charges.

In October 2018, the Los Angeles County Chief Justice decided that there was concrete evidence to bring Durst to justice for the murder of Susan Berman. He pleaded not guilty again. His trial in the Susan Berman murder case began in March 2020, but it was adjourned due to the COVID-19 pandemic.

Aside from the three cases, investigators have also reportedly investigated Durst’s involvement in the disappearances of 18-year-old Lynne Schulze from Vermont, 16-year-old Karen Mitchell from California and 18-year-old Kristen Modafferi from San Francisco.

Robert Durst continued his real estate activities, selling two properties in 2014 that he bought in 2011 for $ 8.65 million for $ 21.15 million. When he was arrested in 2015, his net worth was around $ 100 million, according to the FBI. Since 2015, Thirst has been plagued by numerous medical problems, including surgery for esophageal cancer, a shunt in his brain for hydrocephalus, and cervical spinal fusion.

Despite all the controversy and allegations and trials, Robert Durst Net Worth 2022 sits at a whooping $100 million at the time of his death.