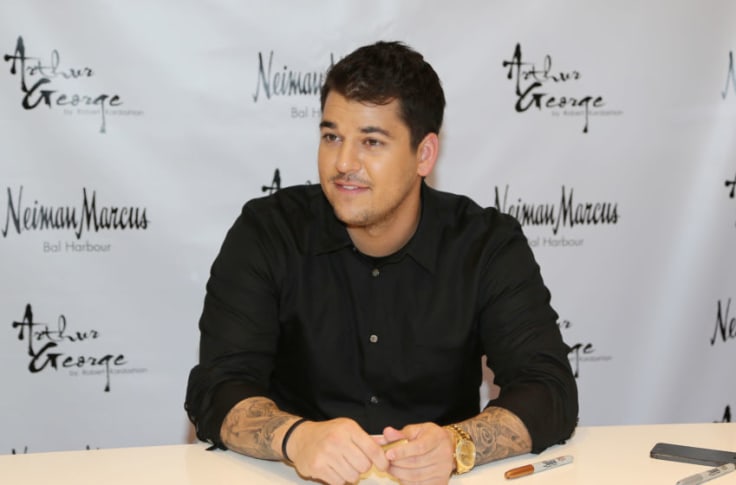 Rob Arthur Kardashian was born into the family of Robert Kardashian and Kris Jenner on March 17,1987 in Los Angeles, California. He is the last of the four children born to his parents. His three older siblings are Kim Kourtney, Khloe Kardashian who are also part of the family reality TV show.

Rob Kardashian is a graduate of Marshall School of Business, University of Southern California.

Rob Kardashian’s career as a TV personality began with the season 13 of  Dancing with the Stars, a TV reality show which he starred along side Cheryl Burkie, a two time champion. Surpassed his sister Kim who didn’t make it half, by making it to the finals despite the fact that he was nearly eliminated for the show.  Rob Kardashian was outstanding during the show as he became the most improved dancer.

He and Cheryl Burkie eventually finished as runner up, losing the first place to fierce rival J.R Martinez and Karina Smirnoff. Kardashian also features in his family reality show “Keeping Up with the Kardashians” with brings to the public, the day to day activities of the family and hoe they live their lives on daily basis.

As a business man who also has a degree in business management, Rob Kardashian also ventured into business as he established his own venture, Perfect Skin, Rival spot, just to mention a few. He was one of the judges at the 2012 Miss USA beauty pageantry.

In 2016,Kardashian, along with his girlfriend Chyna also started their own TV reality show Rob and Chyna, which also featured their day to day life, as they were both expecting their first child. The show featured six long episodes which finally ended in December.

Due to the strained relationship Rob had with his model girlfriend Chyna, he was forced to go on Instagram to post a revenge p0rn video of Chyna. As a result of this, he was banned from Instagram. Since then much has not been heard of him as he has been away from the spotlight.

what do you think about Rob Kardashian Net worth ? leave your reply below