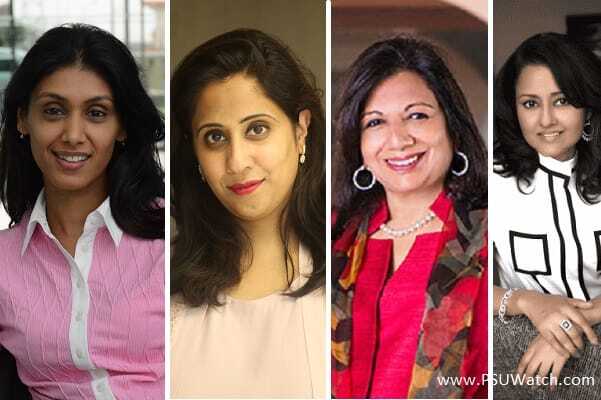 She is a trustee of the Shiv Nadar Foundation, which is focused on education and has established some of India’s top colleges and schools.

Another wealthy woman in India to day is Kiran Mazumdar-Shaw with a net worth of $4.7 billion.She is the chairperson and managing director of Biocon Limited, a biotechnology company based in Bangalore, India and the former chairperson of Indian Institute of Management, Bangalore.

In 2014, she was awarded the Othmer Gold Medal for outstanding contributions to the progress of science and chemistry.

She is on the Financial Times’ top 50 women in business list. In 2019, she was listed as the 68th most powerful woman in the world by Forbes. She was named EY World Entrepreneur Of The Year 2020

With a net worth of $2.6 billion comes Leena Tewari as the third richest woman in India. She is the the chairperson of USV Private Limited, a multinational pharmaceutical and biotechnology company based in Mumbai.

USV was founded by her grandfather Vithal Balkrishna Gandhi in 1961. With a net worth of US$2.6 billion, Tewari is one of the richest Indian’s and frequently appears in Forbes magazine’s list. The company specializes in diabetic and cardiovascular drugs as well as biosimilar drugs, injectables and active pharmaceutical ingredients

Nilima Motaparti is the director onboard – commercial at Divi’s Laboratories Ltd, a pharmaceutical company headquartered in Hyderabad. Motaparti administers all aspects of Material Sourcing and Procurement, Corporate Finance and Investor Relations. She has aa net worth of Rs 18,620 crore.

With a net worth of $1,2 billion, Radha Vembu is among the list of the richest women in India. She is the owner of a majority stake in Zoho Corporation, an Indian software development company.

Zoho Corporation was co-founded by her brother Sridhar Vembu, who started the business in 1996 as AdventNet. She owns a majority stake in the company and is a product manager for email service, Zoho Mail, and also the director of Corpus Foundation. She actively keeps herself away from the limelight.

Jayshree V. Ullal is an American based Indian  billionaire businesswoman, president and CEO of Arista Networks, a cloud networking company responsible for the deployment of 10/25/40/50/100 Gigabit Ethernet networking in the data center. She has a net worth of $1 billion making her one of the richest women in India.

Renu Munjal, Managing Director of Hero FinCorp, is one of the founding members of BML Munjal University which offers under graduate and post graduate .She is wife of the late Raman Munjal and has an estimated wealth of Rs 8,690 crore and she is one of the richest women in India

Chirayu Amin is an Indian billionaire businessman and cricket administrator. He is the chairman and managing director of Alembic Pharmaceuticals Ltd. and Alembic Group.

Anu Aga is an Indian billionaire businesswoman and social worker who led Thermax, an energy and environment engineering business, as its chairperson from 1996 to 2004.

She was among the eight richest Indian women, and in 2007 was part of 40 Richest Indians by net worth according to Forbes magazine. She was awarded with the Mumbai Women of the Decade Achievers Award by ALL Ladies League, the all ladies wing of ASSOCHAM. She is currently worth Rs 5,850 crore.

Ms. Falguni Nayar  Founder & CEO at Nykaa.com quit her 25 year career in finance to chase her dream of building India’s premier online retailer for beauty and wellness.SHe is worth Rs 5,410 crore