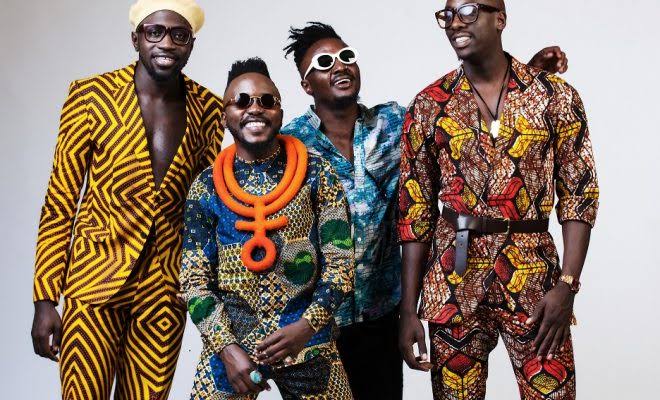 Sauti Sol is one of the top richest musicians in Kenya 2023.

Sauti Sol is a Kenyan afro-pop band formed in Nairobi, Kenya by vocalists Bien-Aimé Baraza, Willis Chimano, and Savara Mudigi in 2005.  Initially, an a cappella group, guitarist Polycarp Otieno joined before they named themselves Sauti.

The band has had several successful tours in Africa and Europe, topped Kenyan charts, and gained international attention with shows in Europe and the US, as well as television appearances and various accolades and nominations, including their 2011 concert performance in Kenya with South African a cappella group Ladysmith Black Mambazo.

Bahati rose to countrywide fame back in 2012 and has been the main event at most events held within Kenya. The 2018 New Years’ celebration in Thika alongside a host of other Kenyan artists was his latest major event.

Bahati rose from a humble background and carries himself with the same humility even with millions in his bank account.

He is currently one of the richest musicians in Kenya with a net worth of $15 million to his name. He has achieved a lot of success and fame through handwork and determination.

Ejidiah Wanja popularly known as Lady Wanja is a female artist from Muranga in central Kenya and the daughter of the late Queen Jane. However, unlike her mother, Lady Wanja chose to focus on gospel music, and her prowess has already earned her a fortune.

She has sung over 140 songs and her VCD sales are noted as a good revenue stream for the songbird. She also earns a lot of money from Skiza Tunes and performances.

She is currently one of the top 10 richest musicians in Kenya with a net worth of $13 million to her name.

Esther Akoth, popularly known as Akothee, is a Musician and businesswoman.

She is the founder of Akothee Safaris( a tour company based in Kenya), Akothee Foundation, Aknotela, and Akothee Homes, a real estate business.

Akothee has released several successful songs. They include

More on Richest Musicians in Kenya

The 4th richest musician in Kenya is Jaguar with a fortune of $9.5 million.

Jaguar first made forays as a recording artist in 2004 where he recorded and released his first Single “Utaweza Kweli” under the Mandugu Digitali record label.

He later joined East Africa’s music powerhouse, Ogopa Deejays in 2005 where he recorded and released several singles among them his most popular hit single “kigeugeu.”

Jaguar has over the years established his own enterprises that have now become very lucrative Businesses.

Besides his music business, Jaguar owns a fleet of personal luxury cars and is known to have investments in Real Estate as well as the Transport and Aviation Industry.

Wilson Abubakar Radido is an award-winning Kenyan artist and songwriter from Nairobi.

He is the chief executive officer and founder of Saldido international entertainment.

His first hit was “Rabuka”. His major breakthrough came in 2010. He later co-authored his first single “Sitolia” with Muliro, which was a reflection of his life history, depicting his struggles and giving himself a renewed hope that God had brought him to the limelight.

Wilson Abubakar Opondo Radido was born to Mr. and Mrs. Paul Radido in September 1993 in Mathare slums. His father was a carpenter, while his wife, was a hairdresser until 2011,Wilson dropped out of school in 2011 due to financial constrain. He took Juakali jobs to generate income to support his mother.

Paul set up a foundation in Kenya to help needy people in the area. He helped children to get access to basic education and healthcare.

Nonini was born Hubert Nakitare in October 1982 in California Estate in the Kamukunji constituency of Nairobi, Kenya. He is of luhya origin.

He runs a video production company named “Pro Habo” which successfully gave rise to P Unit. He is also a radio presenter.

Nonini is among the wealthiest Kenyan with a fortune of $8.5 million

More on Richest Musicians in Kenya

Formerly a secular artist, Size 8 is known for her singles “Shamba Boy” and “Moto”.

In April 2013, she confirmed that she was born again by releasing her first and critically acclaimed gospel single “Mateke”.

As an actress, she is most notable for portraying a role in legal comedy Mashtaka.

Ask about the most versatile rapper in Kenya and the name you will hear is Khaligraph Jones . Well in this article, another accolade he is worth being attribute to is one of the richest musicians in Kenya.

Since debuting his first single in 2008, Jones has not ceased to entertain fans with hit songs

In 2020 he became the first Kenyan musician to be nominated for the BET Awards. His nomination was for the Best International Flow category. He was up against South Africa’s Nasty C, Brazil’s DJonga, Ivorian Kaaris and eventual winner, grime rapper Stormzy from the UK.

David Mathenge known professionally as nameless is also another wealthy musician in Kenya. He is into pop music.

Nameless alongside his wife Wahu Kagwi is known among Kenyans as one of the pioneers of modern music.

He has gone on tour across the East African region and in the U.S.A and U.K. In 2004, he released his debut album On Fire. In 2004, Mathenge married Ogopa Deejays label mate Wahu Kagwi.

They have two daughters, Tumiso who was born in 2006, and Nyakio born in 2013. He is also an architect and graduated from the University of Nairobi.

Nameless is one of the most influential Kenyan according to one of the popular newspapers in Kenya, Standard. In this list Nameless is among the top 10 richest musicians in Kenya with a net worth of $2,5 million

the 10 richest musician in Kenya is Wyre with a net worth of $2 million. Wyre is known in real life as Kevin Waire and he is a an R&b and Reggae musician.

He is known for being a member of the groups Necessary Noize and East African Bashment Crew, as well as his solo career.

Wyre is reputed for his consistence and relevance in the music industry having maintained an industry presence actively since the late 90s. One of the ways Wyre has maintained this longevity is having several collaborations locally and internationally.

He also worked as a producer at Tedd Josiah’s Blu Zebra Studios and has established his own record label Love Child Records where he has signed among others, Verbal, another Kenyan dance hall artist

He is undoubtedly one of Africa’s most entertaining performers. Wyre net worth is $2 million making him one of the top 10 richest musicians in Kenya.

we brought to you the top 10 richest musicians in Kenya in 2021. Here is the recap