Top 10 Richest Models in the World 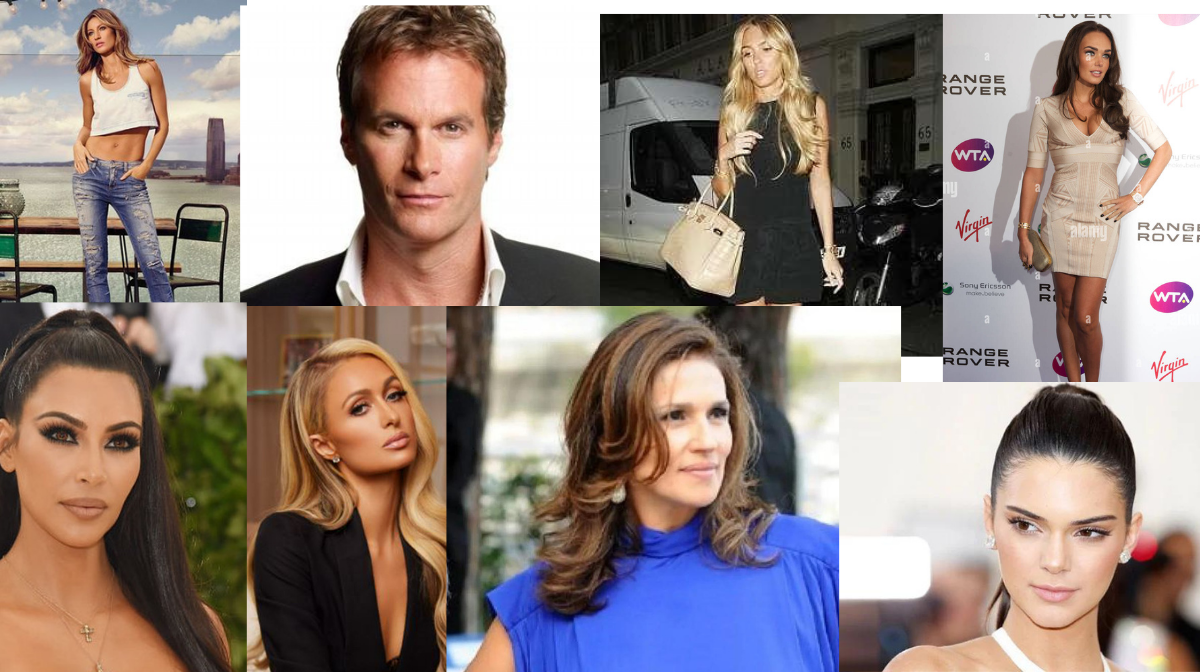 Glusea brings you the Richest Models in the World 2023: Models are known for their sense of fashion, catwalks and their enviable stature and lifestyle. But aside this, how much does models make? Can one live on only model?

In this write up, we will be bringing to you the top 10 richest models in the world, their net worth and earnings.

Top 10 Richest Models in the World

Read through the list of the wealthiest models in the world and let us know your thoughts in the comments below.

Kimberly Noel Kardashian is an American media personality, socialite, model, and businesswoman. She first gained media attention as a friend and stylist of Paris Hilton.

Kardashian developed a significant presence online and across numerous social media platforms, including hundreds of millions of followers on Twitter and Instagram.

She has released a variety of products tied to her name, including the 2014 mobile game Kim Kardashian: Hollywood, a variety of clothing and products, the 2015 photo book Selfish and her eponymous personal app.

Her relationship with rapper Kanye West has also received significant media coverage; they married in 2014 and have four children together

Kim Kardashian is the richest models in the world with a net worth of $1.8 billion

Slavica Ecclestone is a Serbian former model and the ex-wife of former Formula 1 CEO Bernie Ecclestone.

Slavica worked as a fashion model, modelling for a number of clients, including the designer Armani. While working on a Formula One promotional event for Armani at the 1982 Italian Grand Prix in Monza, the twenty-four-year-old model met fifty-two-year-old Formula One chief Bernie Ecclestone

Slavica Ecclestone net worth is $1.2 billion and she is the 2nd richest model in the world

Kylie Kristen Jenner is an American media personality, socialite, model, and businesswoman. She starred in the E! reality television series Keeping Up with the Kardashians from 2007 to 2021 and is the founder and owner of cosmetic company Kylie Cosmetics. She is currently the most-followed woman and the second most-followed person on Instagram.

At age 14 in 2012, she collaborated with the clothing brand PacSun, along with her sister Kendall, and created a line of clothing, “Kendall & Kylie”.

In 2015, Jenner launched her own cosmetics line called Kylie Lip Kits, which was renamed to Kylie Cosmetics the following year. They also released a mobile app that reached number one on the iTunes App Store called Kendall and Kylie.

Kylie Jenner net worth is $900 million

More on Top 10 Richest Models in the World

Kathleen Marie Ireland is an American author, entrepreneur, and former fashion model. Ireland was a supermodel in the 1980s and 1990s, best known for appearing in 13 consecutive Sports Illustrated swimsuit issues.

In 1993, she founded a brand marketing company, kathy ireland Worldwide (kiWW), which has made her one of the wealthiest models in the world.

As a result of her career as a businesswoman, she had made a $420 million personal fortune by 2015. In 2012, $2 billion worth of products bearing her company’s brand were sold.

Kathy Ireland net worth is estimated at $500 million

Cynthia Ann Crawford is an American supermodel, actress and television personality. During the 1980s and 1990s, she was among the most popular supermodels and a ubiquitous presence on magazine covers, runways, as well as fashion campaigns. She subsequently expanded into acting and business ventures.

Gisele Caroline Bündchen is a Brazilian fashion model. Since 2001, she has been one of the highest-paid models in the world.

She is credited with pioneering and popularizing the horse walk, a stomping movement created by a model lifting her knees high and kicking her feet to step. Bündchen has appeared on more than 1,200 magazine covers.

Gisele Bundchen net worth is $400 miillion.

Petra Ecclestone is a British heiress, model, fashion designer and socialite. At the age of 19, she created the menswear label FORM, which was sold into retailers including Harrods from October 2008. In 2009 She signed a contract with the Croatian clothing manufacturer Siscia.

Petra Ecclestonew net worth is $400 million making her the 7th richest model in the world.

Rande Gerber  is an American entertainment industry businessman. He founded nightlife companies Midnight Oil and the Gerber Group. A bar and nightlife industry entrepreneur, his portfolio has consisted of restaurants, bars and lounges worldwide.

In March 2012, he launched Caliche Rum, and in January 2013, with partners George Clooney and Mike Meldman, launched Casamigos Tequila. He is the founder of the consulting firms Midnight Oil and the Gerber Group, and of Gerber Spirits.

Rande Gerber net worth is $400 million.

A polarizing and often derided celebrity, Hilton is credited with influencing the revival of the “famous for being famous” phenomenon throughout the 2000s, and was, for a number of years, one of the world’s most ubiquitous public figures. She appeared in the 2007 Guinness World Records as the Most Overrated Celebrity, while Forbes ranked her as the Most Overexposed Celebrity in 2006 and 2008.

Tamara Ecclestone Rutland is an English model, socialite, television personality, and the daughter of Bernie Ecclestone, the former chief executive of the Formula One Group, and model Slavica Radić.

She has also been involved in a range of other lifestyle and glamour productions after making her television debut in 2006 presenting the Red Bull Air Race World Championship for Channel 4.

Tamara Eccleston net worth is $300 million.

What do you think about the richest models in the world? leave your reply in the comments below