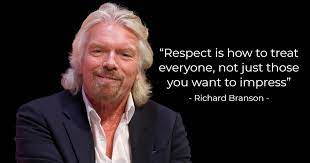 Richard Branson quotes: Richard Branson is a business tycoon, investor and author from England. He is the CEO and founder of the Virgin Group which was established in the 1970s but currently has over 400 subsidiaries in different sectors and fields.

One thing is certain, Richard Branson was faced with series of setbacks and even record failures in the course of trying to pilot his business which today is an epitome of success.

The powerful and inspirational entrepreneurial Richard Branson quotes has been compiled to help you stay on top and continue forging ahead in your business despite several discouragements and set backs.

What is the your favourite Richard Branson quote? leave your reply in the comments below.