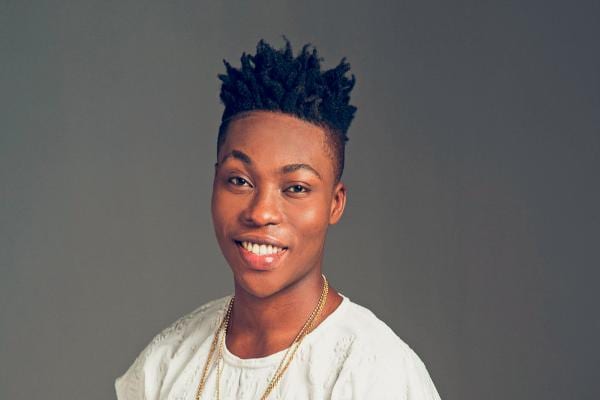 Reekado Banks is a Nigerian singer and songwriter. He is one of the top singers in Nigeria at the moment. His real name is Ayoleyi Hanniel Solomon . Reekado Banks net worth is estimated at $2 million

Ayoleyi Hanniel Solomon was born on 6th December 1993. He is the last child of a music-loving family. His father is a pastor from Ondo State and his mother is a caterer. Moreover, his elder brother is a producer and his elder sister is a gospel singer.

Read The Richest Musicians in Nigeria

He completed his secondary school at the age of 14, and started recording his first set of songs in 2008.

Reekado Banks graduated from the University of Lagos with a degree in history and strategic study.

His elder brother produced all of his earlier songs and tutored him on the rudiments of singing, writing and producing.

Reekado Banks got signed to Don Jazzy’s Mavin Records after his entries were selected from over 5000 entries.

In 2013, Temi submitted some of the songs Reekado Banks had recorded to one of Africa’s most celebrated record labels, Mavin Records in an online talent search.

His distinct voice and knack for creating unique and catchy melodies and lyrics; caught the attention of music guru and label boss, Don Jazzy. Out of over 5,000 entries, Reekado Banks was selected and signed to the prestigious Mavin Records.

He had a successful career record with Mavin records and was involved several hit songs such as “Dorobucci”, “Adaobi” and many more. Reekado left the Marvins after five years On December 7, 2018

Reekado is worth about $2 million. He has huge fan base in Nigeria and other countries in Africa including Ghana.

His debut studio album Spotlight was released on 1 September 2016; it debuted at number 10 on the Billboard World Albums chart.

The 21-track album, which features collaborations with stars like D’Prince, Sarkodie, Falz The Bahd Guy, Vanessa Mdee and Patoranking, has attracted rave reviews since it was released.