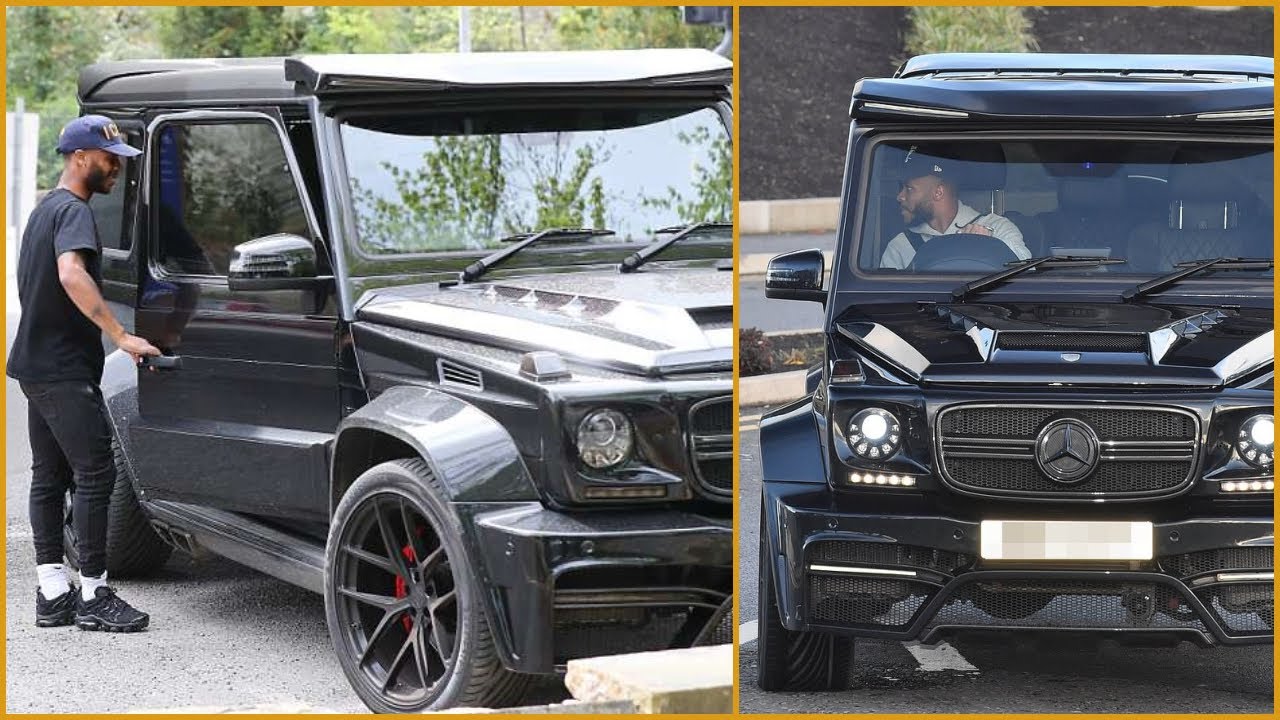 What is the list of Raheem Sterling Cars and Houses ?

Raheem Sterling is an English footballer of Jamaican descent who currently ply his trade with Manchester City and currently plays for the England national team. Known for his speed, quick feet and eye for goal, Sterling uses these attributes of his to run down opposition defenses making him a lethal weapon in the Frontline of Manchester city.  we bring to you the list of Raheem Sterling Cars and Houses

Raheem Sterling is currently among the top earners in the club which explains why he is able to afford so many luxury cars and purchase expensive houses to live in. It will interest you to know that we will be taking a look at some of the speedster’s flashy and exotic cars parked in his garage. First let’s get to know a little about Raheem Sterling.

Raheem Shaquille Sterling was born in Kingston, Jamaica on December 8, 1994. His mother Nadine Clarke, was an athlete but his father died when Sterling was just two years old. He later relocated to London with his mother, when he turned 5 and was enrolled in Copland School in North West London. Sterling layer dropped out of school as a result of some  behavioral problems.

Raheem Sterling’s football career began in 2003 when he joined Queens Park Rangers from Alpha and Omega youth academy. He later moved to Liverpool FC in 2010 where his career took a different shape. He rose through the youth ranks of the English club and soon was promoted to the first team, where he went on to play 95 times, scoring 18 times before his switch to Manchester City in 2015. Prior to his move to Manchester City, Raheem Sterling had won some individual awards including the Golden Boy Award in 2014.

At Manchester City, Raheem Sterling rose to become an integral part of the club, helping the club to win three consecutive premiere league titles and also winning the PGA Young player of the year and the FWA Footballer of the year. He also led the club to their first ever champions league final which they lost to rival Chelsea FC. He has so far recorded a total of 199 appearances for the club, scoring a total of 79 goals and to reward him for his services, he was given a new contract worth £290,000 per week.

At the international level, Raheem Sterling represented the England national team at various levels before gaining promotion to the first team which he has become a very important member of the first team. He also helped the National Team to their 2020Euros finals which they lost to Italy on penalties. He scored the highest goals for the national team.

For someone who earns such a whooping sum, weekly and who has eye for luxuries, it is only normal to see Raheem Sterling cruise around town with flashy and expensive cars. We bring you a collection of some of his rides.

This is the most expensive ride in Raheem Sterling’s garage, the classy ride has amazing features which makes it worth the price.

This is another expensive SUV crossover, Audi Q7 which is among the collection of Raheem Sterling’s cars I his possession. The second generation Audi Q7 is made up of a 3.0L V6 turbocharged engine with an 8-automatic transmission system with a 255hp. It is a car with a seven seating arrangements which can accommodate up to seven persons.

The Mercedes-Benz is one of the expensive rides the England forward loves  to the training with. The car has amazing features that makes it worth the price attached to it.

This ride is a joy to behold, with its state of the art dashboard, a sloping back roofline and frameless doors makes it the more Sporty. This is another sleek ride, Raheem Sterling poses with sometimes, when he is off field. The exotic ride has a strong all round performance with high-tech features which makes it more appealing.

The Porsche SUV is a very expensive car that comes with amazing features that matches its worth. This is one of the rides Raheem Sterling loves going the training with.

What car does Raheem Sterling Drive?

What is Sterling’s salary?

Raheem Sterling earns more than US$417,000 per week for his contract with Manchester City and is probably the highest-paid native player of England’s Premier League

The star man of the 2020 Euros owns a £3.1 million five bedroom mansion in Cheshire which he bought in 2017. He also splashed a whooping £1 million on the purchase of a two six bedroom mansions in Stockport living it in the care of his fiancee and property develop Paige.

What do you think about Raheem Sterling cars and houses? leave your reply in the comments below