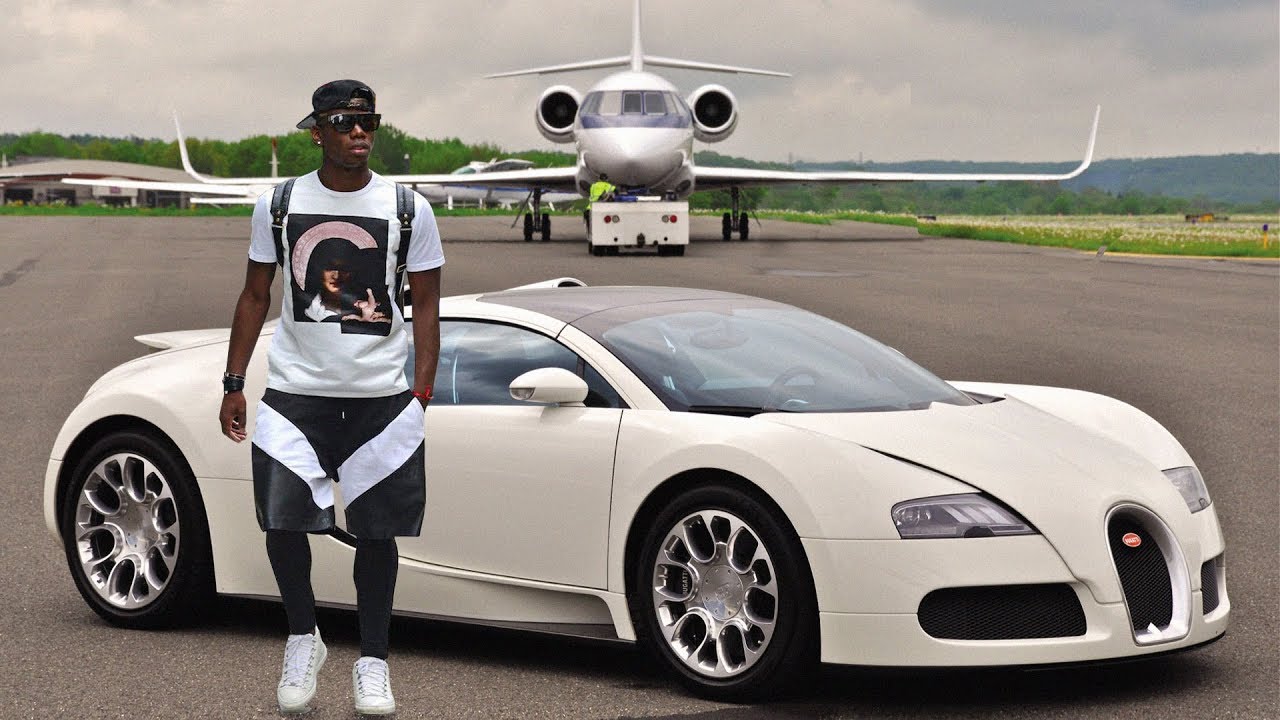 Paul Pogba car collection: Paul Labile Pogba popularly known as Pogba, is a French midfield maestro who plays for France and Manchester United. Popularly known as the “Entertainer”, Pogba is known for his quick feet, dribbling prowess, eye for goal and pinpoint passes. Pogba has become a fan favorite in England and the world with his charisma, and his funny celebrations, one of them being dance.

For someone who earns a whooping weekly wage of £290,000, you can only imagine the life of luxury he is wallowing in. He has made the world to be awestruck with his numerous exotic and luxury cars which he cruises around with, not to talk of his megamillion dollars worth of mansions. We are going to consider the details of Paul Pogba car collection and houses but first we have to get to know who Pogba is and how he became so wealthy.

Who is Paul Pogba?

Paul Labile Pogba was born on the 15th of  March 1993 in Lagny-sur-Marne. The prolific playmaker has his brother’s Florentino and Mathias. At an early age of six, Paul Pogba had already began showing interest in playing football, and was soon registered with Roissy-en-Brie youth ranks in 1999.

After spending seven years at Roissy-en-Brie, Paul Pogba moved to US Torcy before being hijacked by Manchester United in 2009. After failing to break into United’s first team, Pogba had to move elsewhere in search of playing time and that saw him settle at Juventus where he went on to establish himself as a first team player and a perfect partner alongside legendary midfielder and former Juventus coach Pirlo.

Pogba won four Serie A titles with the Italian champions, two Copa Italia  and two Supercoppa Italiana title. During this time he had risen to become a world class player and so he attracted a lot of Europe’s elite clubs including his boyhood club Manchester United he secured his services the second  time, this time on a record breaking fee of £89 million which made him the most expensive player at that time.

On his return to Manchester United, he helped them with three trophies in a single season, the EFL cup, Community shield and Europa League. He has been an integral part of the squad, and in the 2021/2022 season he notched four assist in the club’s opening match of the season.

Internationally Paul Pogba has represented France at various levels, beginning from the U-16 up to the senior team. He led the national team to the 2018 FIFA World Cup victory in which he was very pivotal through the competition.

For a footballer so popular and highly regarded, you could only imagine how wealthy he would, considering how much Pogba earns and his several endorsement deals worth millions of pounds. Well your imagination is not wrong as the versatile midfield maestro has a ground shaking net worth of $125 million.

Everybody knows Pogba to be a player that knows how to flaunt his wealth, this is evident in the varieties of jaw dropping luxury cars he has in his garage. Cars that the price of each can feed some countries. Here, we are going to take a look at some of these exotic cars in the possession of the world class midfielder as well as their prices and features.

One of the luxury cars in Paul Pogba car collection is the Mercedes GLS 4X4 which he purchased at a mouth watering £71,465. Let’s look into the features of this exotic car then you will see why it is worth that amount.

State of the art interior capable of accommodating seven people across three rows.

Accelerates from 0-60 mph within five seconds.

Another expensive ride in the midfield maestro Paul Pogba car collection is the Lamborghini Aventador which is valued at £271,000.

A set of scissor doors that swing open.

High quality and cutting-edge dashboard which comprises of a digital cluster changes its layout each time a different mode of driving auch as Sport, Corsa and strada, are selected.

Being lover of Bentley rides, he did not fail to include the expensive Bentley Flying spur superspeed ride worth £200,000 in Paul Pogba car collection .

The Bentley   Flying Spurs has an eight-speed dual-clutch automatic transmission.

It can accelerate at 69 mph within 3 seconds

Comfortable and convenient interiors to give you the perfect relaxation and comfort.

Probably the most expensive car in is collection, the Pogba owned Rolls-Royce Wraith black matte is valued at £367,700.

Another expensive car worth mentioning in Paul Pogba car collection is the Maserati Quattro Porte with an estimated worth of £115,980

Paul Pogba resides in a £2.9 million worth of a five bedroom mansion in Cheshire where he resides with his partner Zulay Pogba and kids. The mansion has an indoor pool, gym, and custom football pitch called “P.P Arena”.

Thanks for reading the article about Paul Pogba car collection and house. Leave your reply in the comments below