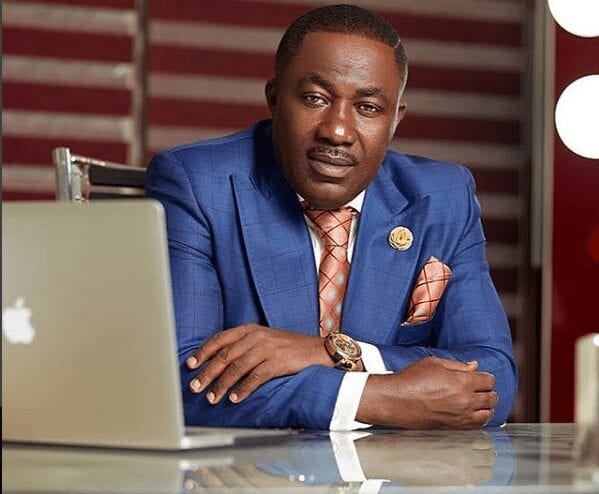 Osei Kwame Despite was  born on the 2nd February 1962 at Agona Wiamoase in the Ashanti Region of Ghana,

He is one of the most successful and richest businessmen in Ghana.He started life as a petty trader,dealing in music cassettes, padlocks,feeding bottles and other merchandise at Dunkwa-Offinso.

After years of painful struggle in the village to make it in life,he joined other friends to seek greener pastures in Lagos, Nigeria.
He returned home to Ghana in 1983 with millions of other Ghanaians

Nigeria had evacuated all Ghanaian due to the political tension in the West African country. Osei Kwame  returned from Nigeria with only a chain-saw machine and a trident cassette player.

Read Osei Kwame Despite Net Worth

Despite  started a timber contracting business with the chain-saw machine but fate dealt a cruel hand on him when the machine was crushed by a falling tree on his first business trip.

Undeterred, he turned to his cassette selling trade until he resolved to solidify his vision to diversify his business.

To demonstrate his singular support for the local music industry which was on a rapid decline then,and also put Ghanaian culture above all else,

he went into radio and established the now famous PeaceFM in 1999 at Mile 7 Junction.

Read Most Successful Businessmen in Ghana

The station’s experimentation with the Akan language worked to perfection as radio listeners in search of local content jettisoned stations which were broadcasting only in the Queen’s language for the 104.3 frequency.

The radio business began to thrive culminating in the setting up of Hello FM in Kumasi and OkayFM in Accra and peacefmonline.com. Now, the Despite Group of Companies (DGC) incorporated with only one company, Despite Productions now Despite stores (Distributors of Audio and visuals cassette and CDs) has now evolved and is the parent company of the following: 3 commercial radio stations, U2 Company Limited (Iodated Salt Production), Neat Foods Company Limited (which produces and markets NEAT Fufu, NEAT Banku, NEAT Abenkwan, NEAT Hausa Koko, NEAT Diary Products), and the United Television (UTV).

Osei Kwame Despite’s education background may be rich because he has an honorary degree from a British university.

This is not a degree that Kwame attained based on merit or any other academic effort but because of his entrepreneurship efforts.He believed that his efforts in forming the radio stations would be instrumental in educating the masses thus will play a role in ensuring that the community stayed informed and updated.

His success and even more deserving status as a doctor shows how one can make a name for themselves when they combine practical solutions with knowledge.

Despite  has a great love for exotic luxurious  cars. He recently added the new Brabus, which is a high-performance vehicle to his car collection. The German BRABUS company specializes in Mercedes-Benz, Smart, and Maybach vehicles. Brabus became the largest Mercedes tuner, other than Mercedes-AMG which became a Daimler-Chrysler affiliate in the 1990s.