Okey Bakassi Net Worth and Biography 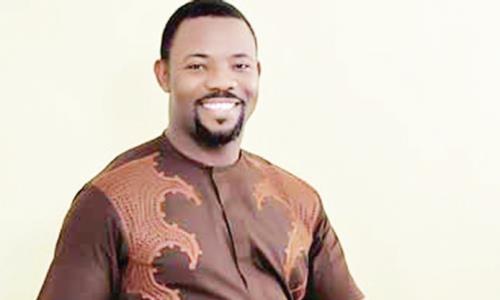 What is Okey Bakassi net worth? keep reading to find out here.

Okey Bakassi net worth: Okey Bakassi happens to be one of the most outstanding lord of the ribs (stand up comedian)in the
Nigerian comedy industry, who was formerly a comedy Nollywood actor before changing profession to
comedy. The popular figure in the comedy industry who goes by his birth name Okechukwu Anthony
Onyegbule has over the years recorded tremendous success in his acting and comedy career.

This article discusses the life and net worth of the award winning actor and comedian.

Born as Okechukwu Anthony Onyegbule on October 23, 1969, Okey Bakassi as he is popularly known is
the first son of Livinus and Felicia Onyegbule Who were are officer and nurse respectively.

Okey Bakassi is a native of Mbaise in Imo state, Owerri.

Okey Bakassi attended got his First School Living Certificate in Alvan Ikoku Demonstration School in his
home town. He furthered went to Mbaise Secondary School after which he furthered his education to
the university level by attending Rivers State University of Science and Technology in Rivers State where
he finished with a Bachelor’s Degree in Agricultural Engineering.

Okey Bakassi while in the university, had always nurtured this passion for entertaining people, in fact his
initial dream course was theater arts but because the school he applied to did not offer such course so
he had to settle for Agricultural Engineering. Despite the fact that he was an engineering student, Okey
Bakassi showed that his passion was for acting by forming a group with a couple of colleagues who had
same passion for acting an they later formed a group called “Theater Kolleagues”.

Okey later hook up with Zeb Ejiro, a famous movie director and producer in Lagos. Ejiro was the one
who gave Okey Bakassi his first appearance on a network television production called “Fortunes” where
he was given the role of a bodyguard, of course Okey grabbed the opportunity with both hands and
made good use of it which became a turning point in his career.

Read Fred Amata net worth
Moving on from there, Okey Bakassi began to feature in several Nollywood comedy movies along with
other funny actors like Charles Inojie, John Okafor (Mr Ibu), Chinedu Ikedieze and Osita Iheme (Aki and
Paw Paw), Nkem Owoh and many others. Okey Bakassi was acting and doing stand up comedy at the
same time.

Read I Go Dye net worth
In collaboration with Opah Williams and Reginald Ebere who were both Nollywood stars, Okey
rebranded comedy and gave it meaning through a show they called “Night of A Thousand Laughs”. The
show performed in various parts of Nigeria, consisting of different stand up comedians who were ready
to have heir audience’ ribs cracked with laughter.

Okey Bakassi in collaboration with Opa Williams and Nollywood actress Reginald Ebere sat down
together to fashioned out a way forward. That idea gave birth to “Night of a Thousand Laughs” a stand-
up comedy show hosted in different part of Nigeria.

Okey Bakassi has also directed and produced movies like “just Once”, “All for Winnie”, and “FINAL
decision”. Obviously, Okey Bakassi has indeed made it big through acting and comedy. This boils down
to hard work, commitment and focus. Okey Bakassi, despite making it in the movie and comedy
industry, has not ruled out his desire to put the knowledge he acquired as an engineering student to set
up his own engineering firm and according to him, he has put his plans in motion.

OKEY Bakassi has indeed recorded tremendous success in his career, his outstanding performances on
sets has given him many awards and recognitions like “Best Actor in Comedy at the Africa Movie
Academy Awards”, “African Best Comedian of the Year at the Nigerian Entertainment Awards” and
“Best Actor in a Leading Role at the Best of Nollywood Awards”.

Okey Bakassi also his own show on “Lagos Talks 91.3 fm called “it’s Okay with Okey” as well as “the
other News” on Channels TV still hosted by Okey.

Okey Bakassi is married to his beautiful wife Zizi whom he has three beautiful children Cheta, Fechi and
Dera. According to him, his family are his biggest fans and they are the beautiful crew behind his
success. You can say that Okey is a fulfilled man.