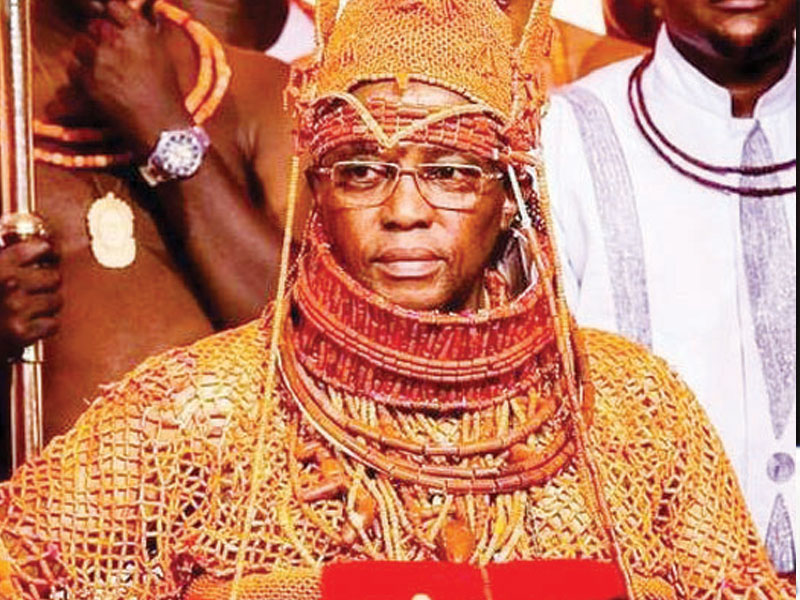 What is Oba Ewuare II net worth?

Keep reading to find out here.

Eheneden Erediauwa who became known as Oba Ewuare II Ogidigan of Benin after is enthronement, was born on the 20th of October, 1953 to his father prince Erediauwa in Benin City. Oba Ewuare had his primary education at EDO College before moving on to Immaculate Conception College. He further went abroad to further his education to complete his secondary education at South Thames College . He later attended Wales University in UK where he obtained a degree in Economics before

moving on to finish his masters degree at Rutgers University Graduate School, New Jersey, USA as a masters student of Public Administration.

Oba Ewuare worked at the UN before he was appointed the Nigeria’s Ambassador to Angola and Sweden and subsequently Denmark, Finland, Norway and then Italy.

Oba Ewuare was enthroned as the new Oba of Benin in 2016. In reference to the first Oba Ewuare I of Benin Empire, he decided to adopt the name Oba Ewuare II Ogidigan of Benin. With his wealth of experience as the Ambassador of Nigeria to various countries, Ewuare II worked closely with the Governor of Edo state in the person of Governor Godwin Obaseki.

One of the Reformation Oba Ewuare II set out to begin was ensuring that the Bronzes of Benin which had spiritual and historical significance be returned to the people by the British Empire, though this movement has been unsuccessful.

After successfully ruling the Benin kingdom as Oba Ewuare II, Oba Ewuare II Ogidigan decided to celebrate his one year anniversary on the throne. The anniversary had in attendance various distinguished personalities in the state and the country as well.

Oba Ewuare II Ogidigan, during his Reign issued a degree that anybody including a chief priest that is involved in human trafficking within his territory will be dealt with and also revoked all curses used by such priest to control trafficking victims.

Prior to his enthronement, Oba was already married to three wives from royal families by names Queen Iroghama (Obazuaye N’erie), Princess Iyayiota (Obazuwa N’erie) and Princess Ikpakpa (Ohe N’erie). He has many children from them. He also married more wives.

Given his appointed as the Ambassador of Nigeria to various foreign countries, Oba Ewuare II Ogidigan is highly respected among his contemporaries and even outside Nigeria.

Oba Ewuare II Ogidigan of Benin is very rich and powerful with a net worth of $60 million. So it is no surprise that he could afford the 2016 model of Rolls-Royce phantom which is valued at N150 million.

He exercises great authority and power owing to his influence in the country as a result of the previous positions he held prior to his enthronement on 2016.

Read Richest Kings in the world