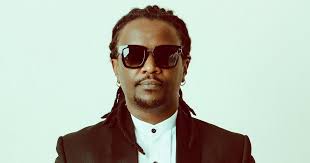 Nyashinski pursed his high school level of education at the Nairobi School, where he met his former music group members, Kleptomaniax. He pursed his degree in Environmental planning management

Nyashinski Kenya identified his passion for singing at a young age. He met with two guys in his high school level of education at the Nairobi School and formed a music group referred to as Kleptomaniax back in 1999.

The music group was doing okay and they decided to join Ogopa DJ’s label to take their talent in singing and songwriting to a greater height. ‘Freak It’ was their first single and it was released back in 2002.

They released other hits such as ‘Maniax Anthem’ as well as ‘Haree’. Ogopa DJ picked and begun to work with the music group while they were still pursing their high school education.

The group toured the United States of America in 2007 and sadly, they disbanded to solo projects.

Nyashinski Net Worth 2022 is valued at $1.2 million. Nyashinki is one of the richest musicians in Kenya at the moment. Nyashinki is a great artiste all kenyans are proud of.