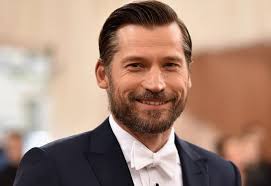 Glusea brings to you Nikolaj Coster-Waldau net worth

Nikolaj Coster-Waldau net worth: Nikolaj Coster-Waldau is a Danish actor and producer who has a net worth of $16 million. He is best known for his role as Jaime Lannister in HBO hit series Game of Thrones  for which he received two Primetime Emmy Award nominations for Outstanding Supporting Actor in a Drama Series.

Coster-Waldau was born in Rudkøbing, Denmark, the son of Hanne Søborg Coster, a librarian, and Jørgen Oscar Fritzer Waldau (died 1998).

He has spoken in interviews about his father’s problems with alcohol, as well as his parents’ divorce. He has two older sisters, and was raised mainly by his mother. He grew up in Tybjerg, a small village between Ringsted and Næstved in southern Zealand. Coster-Waldau was the youngest actor to enter the Danish National School of Theatre and Contemporary Dance (Danish: Statens Teaterskole), where he was educated from 1989 to 1993.

Coster-Waldau made his stage debut as Laertes in Hamlet at the Betty Nansen Theater. His role in the film Nightwatch (1994) brought him fame in his native country. He then went on to play in Simon Staho’s Wildside (1998), which he also cowrote, and starred in Danish films such as Misery Harbour (1999). He made his British début alongside Clive Owen, Jude Law and Mick Jagger in Bent (1997).

In 2001, he began his U.S. career in Ridley Scott’s Black Hawk Down as Medal of Honor recipient Gary Gordon. Coster-Waldau says “My first U.S. movie was Black Hawk Down and a friend helped me put myself on tape up on the attic over my apartment in Copenhagen. We shipped it out and I got lucky.”

Coster-Waldau has appeared in numerous films in his native Scandinavia and Europe, including Headhunters (2011) and A Thousand Times Good Night (2013). In the U.S, his debut film role was in the war film Black Hawk Down (2001), playing Medal of Honor recipient Gary Gordon. He then played a detective in the short-lived Fox television series New Amsterdam (2008), and appeared in the 2009 Fox television film Virtuality, originally intended as a pilot. He is a UNDP Goodwill Ambassador, drawing public attention to issues such as gender equality and climate change.

Although Coster-Waldau is not religious, he was baptized and confirmed as a Lutheran in the Danish National Church during his youth, like the vast majority of Danes, and viewed his confirmation as a big moment in his life when he first identified as becoming an adult.

He married Nukâka, a Greenlandic actress and singer, in 1997, and they live in Los Angeles with their two daughters as well as two dogs. Their daughter Filippa starred in a Danish short film, The Girl and the Dogs, which was shown at the Cannes Film Festival in 2014.

Their other daughter, Safina starred in a Danish Christmas TV-series named Theo og Den Magiske Talisman in December 2018 as the main character Simone. The TV-series was watched by more than 700,000 people in December 2018.

His father-in-law is Josef Motzfeldt, a member of the Parliament of Greenland and former leader of the Community of the People party.