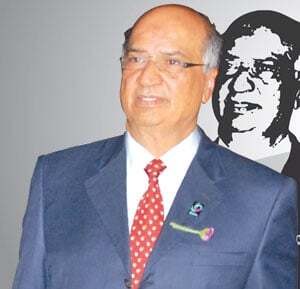 Naushad N. Merali, CBS  is the founder of the Kenyan mobile service provider Kencell along with French media giant Vivendi. He attended Highway Secondary School in the suburbs of Nairobi, Kenya. As one of Kenya’s leading industrialists, Merali has brought commercial development in Kenya for more than 30 years and is constantly expanding his businesses throughout East Africa.

In 2004, he managed to purchase 60% ownership of the business from Vivendi for $230 million.  Merali would transfer ownership only an hour later to Celtel for a $20 million profit. While owning 5% of Bharti Airtel’s Kenyan wireless phone operations.

Merali spends his time steering the affairs of the Sameer Group. The Sameer Group is a conglomerate of 15 Kenyan companies that range from financial services to agriculture and even information technology. Three of these companies appear on the Nairobi Stock Exchange and Merali is worth $210 million as of 2 November 2011.

He is reported to have shares in the Commercial Bank of Africa as of 2003. Merali’s purchase of the Grand Regency Hotel during that year caused a lot of controversy in the Kenya area.

Merali also holds positions at the Kenya Export Promotion Council, the International Who’s Who of Professionals, and the National Investment Council of Kenya.

He appeared at the 2011 World Economic Forum in Davos as one of the African delegates along – making him one of the three Kenyan delegates. As of September 2011, Kenya Data Networks – one of his business ventures – is facing financial problems and the shareholders are ready to cause a shakedown in the entire management team.  These financial problems came to fruition by 2013 when Merali relinquished control of the company.

In 2012, Merali invested in construction. Two of Merali’s former firms, Kenya Data Networks and Swift Global are in the process of being merged into Great Britain’s Liquid Telecoms as of February 2013. Many executive positions could be declared redundant as a result of this multinational merger. Both retail and wholesale services for the lower end of the consumer spectrum were provided by both of these firms as individual companies; as rival Internet service provider Safaricom already had a firm grasp on the upper end of the market.

Merali’s ancestors were believed to have emigrated from the state of Gujarat in what is now known as India. His mother’s maiden name is assumed to be Patel; a surname occupied by famous Indian businessmen and 33% of all American mid-sized hotel owners.

His wife is Zarin Merali, who is a director for the Kenyan Paraplegic Organization. She is also an interior design consultant.