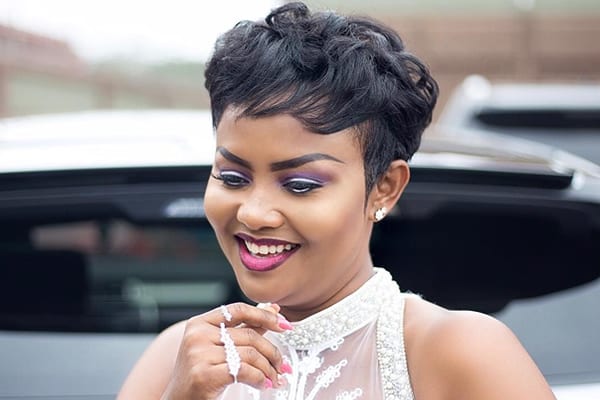 Nana Ama McBrown known in real life as Felicity Ama Agyemang is a Ghanaian actress, TV presenter and a music writer. She rose to prominence for her role in television series Tentacles. Later, she found mainstream success following her role in the Twi-language movie Asoreba. Read about Nana Ama Mcbrown net worth , Profile and Family here.

Nana Ama was born in Kumasi, Ghana, on August 15, 1977.  Her mother, Cecilia Agyenim Boateng, and her father Kwabena Nkrumah, divorced when Nana Ama was young. With her father gone and her mother unable to take care of her and her six other siblings, Nana Ama together with her siblings were adopted by Kofi McBrown and her aunt, Madam Betty Obiri Yeboah. As a result, Nana Ama considers her childhood to have been difficult.

Along with her six siblings, Nana Ama grew up in Kwadaso, Kumasi with her aunt, and her adopted father. To this day, she considers her aunt her “real mother” and has spoken of her gratitude to her aunt for having provided her with a stable and caring home.

Nana Ama attended St. Peter’s International Residential School, moved on to Minnesota International and then to Central International. She continued to Kwadaso L.A. J.S.S, although she ended up as a dropout and could not sit for the Basic Education Certificate Exams

Nana Ama Mcbrown is the richest Kumawood actress today According to  Ghpage.com.  She doesn’t hide her wealth and how much God has blessed her.

Born Felicity Ama Agyemang, Nana is the highest-paid Kumawood actress.And have starred in over 200 movies. The 43-year-old actress, singer, and comedienne is in her prime of her career and still getting all the endorsement deals.

She is the most successful actress, appealing to both sides of the Ghanaian movie industry (Kumawood and what they call Ghallywood), Nana Ama has been scoring high points with brands as well.

Her endorsements cut across beauty products, food, and home appliances. They include GOtv, Colorado, Hisense, Calorad Africa and more!

Nana Ama now drives one of the most expensive latest Benz in town. Nana Ama Mcbrown net worth is  $1 million

Related Topics:Nana Ama Mcbrown net worth
Up Next