Nana Ama McBrown Falls and Breaks her Arm, Rushed to Hospital for Surgery

Shatta Wale's proposal to me was staged – Michy

Wizkid and I are friends with benefits – Tiwa Savage

Social and Lifestyle From the web News 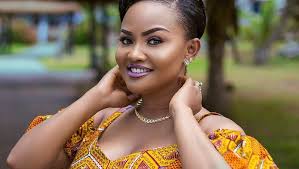 Nana Ama McBrown’s heavily watched Saturday night program United Showbiz has been notably off-air for the past couple of weeks.

The Kumawood star turned presenter has now come out to explain the reason why she’s been off-air to her fans.

According to McBrown, she fell down and broke her arm recently, the same arm which got injured in 2013 when she was involved in an accident and needed two surgeries to fix.

Metal supports which had been put in her arm after her 2013 accident had to be refixed due to her new injury.

McBrown said the procedure was very painful but she’s on the road to recovery now.

She assured everyone she would be back on United Showbiz very soon.

Saturday nights have not been the same without her show. We wish her a very speedy recovery!