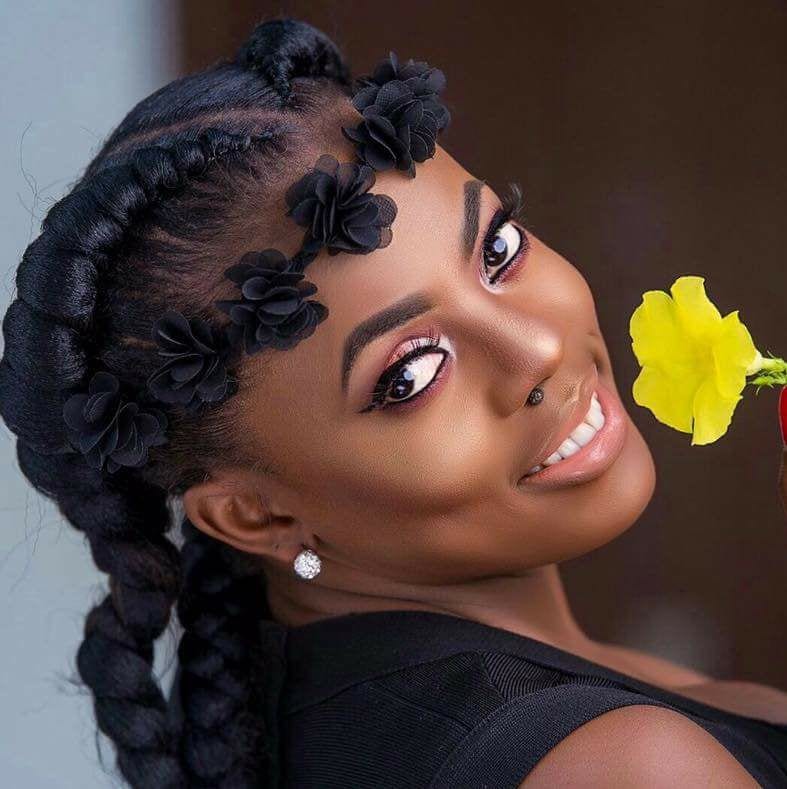 Nana Aba Anamoah is a is a Ghanaian media personality, journalist and TV host.  She had previously been working for TV3 before a controversial photo-shopped picture of her claiming to be at a game featuring Manchester United hit the internet. The picture caused so many rumbles online that she decided to quit from TV3 after she was suspended from the network. She later moved to GH One where she works today.

Once again… Thank you, Ghana. I wish I could respond to every congratulatory message. I’m overwhelmed by the love and kind words. You’re far too kind ❤️

Nana Aba Anamoah has a degree in banking and finance from the Institute of Management and Public Administration.   Her career however seemed to veer off a different path when she found herself in media where she has been doing pretty well for herself. Nana is one of the hottest TV personalities to ever grace the Ghanaian screens. She has successfully hosted the Diva Show at TV3 where she was also the information presenter until her suspension and resignation. She is currently at GH One TV. Her success in this industry speaks for itself as she has won several awards including TV personality of the year, TV news anchor of the year and Ghana journalist association of the year. She continues to be a darling to many of her viewers even after the hiccup she encountered. After moving to GH One she became the host of a new political program known as condition of affairs. This is a show she steered very well attracting a lot of opinion and interest from the general public. After a month at the new station an opportunity arose making her a night news anchor.

READ Adorable Fashion Styles of Serwaa Amihere You Must See

Nana Aba Anamoah previously hosted the Diva Shoe and was a newscaster for Ghanaian broadcaster TV3. She resigned and moved to Ghana’s EIB Networks on the channel GHOne TV where she hosted a political show titled “State of Affairs” and later anchored the station’s evening news, titled “GhOne News Tonight”.

Nana Aba Anamoah has been blessed with one son named Paa Kow Anamoah.

Related Topics:Nana Aba Anamoah
Up Next 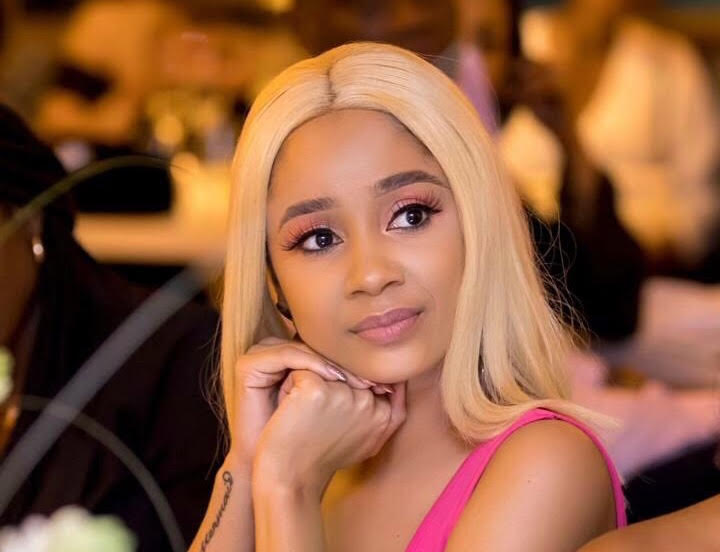 Deborah Owusu-Bonsu  better known by her stage name as Sister Derby is a Ghanaian television presenter, musician, model and academic.

She was born on 25 August 1984, to an Ashanti father and a Romanian mother. Both of her parents were collectors of world music and art. She is a television show host, model, musician, academic and graphic artist. Owusu-Bonsu is the sister of popular hip life musician Wanlov the Kubolor who starred in the film Coz Ov Moni

Owusu-Bonsu attended Christ the King International School, then Wesley Girls’ High School. Owusu-Bonsu graduated with a Bachelor’s Degree in Publishing Studies from the Kwame Nkrumah University of Science and Technology followed by a Master Degree in Book/Journal Publishing from the University of the Arts London.

She dated rapper Medikal for three years, before breaking up in 2018

Owusu-Bonsu has shown her professionalism and passion for her chosen field by working successfully for both small enterprises as well as big corporations in Ghana, the United States and the United Kingdom.

In 2012, Owusu-Bonsu recorded and released a single (music) entitled ‘Uncle Obama’ referring to Barack Obama in which was covered by United States television network CNN.

She later moved to GHOne Television where she hosted her show, Gliterrati for a brief period before handing over to Berla Mundi. 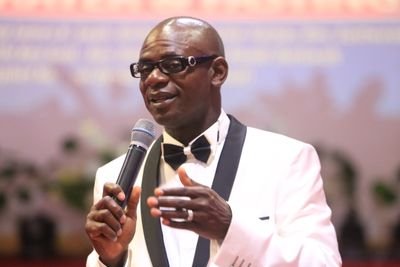 Nanasei Opoku Sarkodie Ministries (NOSM®) is an outreach ministry with the vision of sending the message of FAITH, HOLINESS, HOPE and REVIVAL to the youth, tertiary institutions and orphanages in Ghana and around the world.

Prophet Nanasei believes there is hope for the Vunerable and the YOUTH and is passionately reaching out to them by encouraging them to live HOLY Lives, have FAITH in God and relentlessly pursue after their Maker.  NOSM‘s mission, is to be a blessing on every assignment God lays on the Prophet’s heart therefore on NOSM® missions we do not only minister spiritually but we bring along food, clothing, medical supply and many relief items to all communities, people, orphanages and areas that we visit.

NANASEI OPOKU-SARKODIE is a man of the spirit and the word, whose ministry has brought GOD’s divine presence into the heart of many all over the world. He is a fire brand Prophet and Apostle with deep insight into the plans of GOD for this generation.

GOD has used him mightily in the Prophetic Office for deliverance, ministration of the word and in prayer sessions. All of these have shaped the destinies of millions of people all over the world and caused them to live a victorious Christian life.

Nanasei Opoku-Sarkodie serves as the Senior Pastor of Praying Family Chapel and the Chairman of World Prayer Center a Non-Denominational Christian Ministry located at Potters’ City, Miotso-Prampram Ghana. The World Prayer Center focuses on bringing hope to the hopeless and championing economic and spiritual revival in GHANA AND THE REST OF AFRICA.

He also has a thriving Radio ministry dubbed THE POTTER’S HOUR currently airing on 3 Radio stations in the Capital City of Ghana – Accra.
Nanasei Opoku-Sarkodie is married to Lady Ivy Opoku-Sarkodie 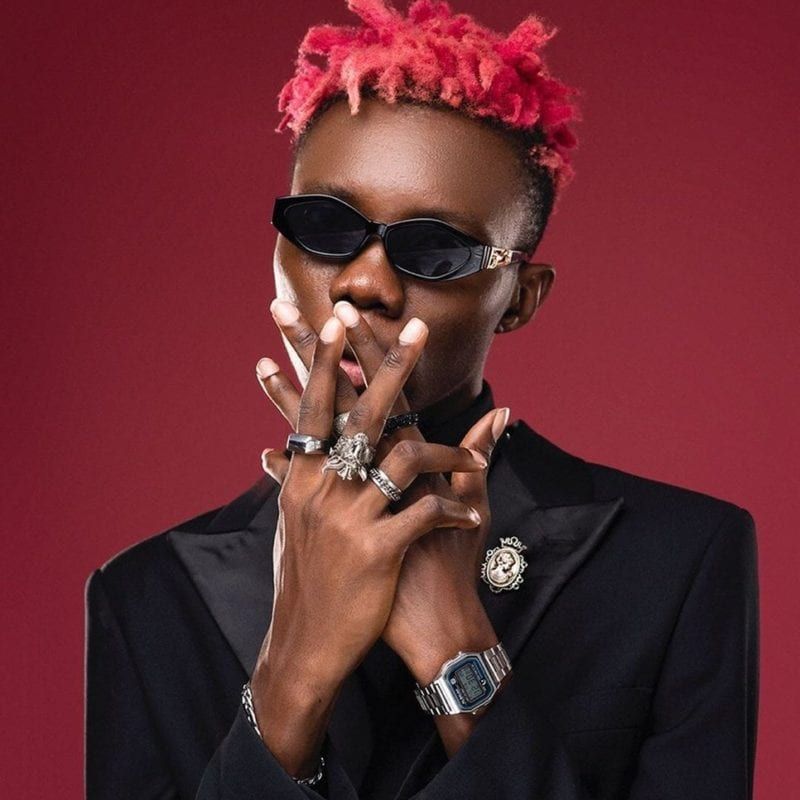 Glusea brings to you Blaqbonez biography

Emeka Akumefule, known professionally as Blaqbonez, is a Nigerian rapper signed to 100 Crowns, an imprint of Chocolate City.

He is widely known for his controversial self-proclaimed status as the “Best Rapper in Africa” , which became the most talked about topic in the Nigerian hip hop space between July and September 2019.

Emeka was born on 29 January 1996, to an Igbo family and grew up, exposed to the Yoruba and Urhobo culture in Nigeria.

He was 13 years old when he discovered he could rap, and his journey into music was a result of happenstance.

He self-discovered his talent while listening to the radio with his cousin, when the song of a 12 year old rapper was played.

His cousin liked the song and challenged Blaqbonez to come up with his own lyrics, since he liked criticizing rappers. Few minutes later, he had enough bars for a verse, and that was where it all began.

His parents were not in support of his new found hobby, and he secretly pursued his passion. While in school, he dropped his first project, Hip-Hop in Blaq, and participated in competitions.

Blaqbonez started exploring his rap skills very early, and at 16, came 1st out of over 3000 rappers in Nigeria, who participated in Terry tha Rapman’s Zombie competition.

As a result, he and was featured on Terry’s album World Domination alongside Olamide, Vector (rapper), Mode 9, Spellz which was released in 2012.

Five years later, Blaqbonez featured Terry on one of his projects. He emerged 1st runner-up in Vector (rapper)’s king kong competition, won the Rhythm fm Freestyle Fury and became RhythmFm’s artiste of the month, became the Hennessy Vs class captain, part of the Soundcity blast cypher, also released his much talked about mixtape CTAT “Cssette Tapes and Tvs” grossing over 60,000 engagements in streams and downloads, which is his third mixtape, following hip-hop in blaq and the “unfinished EP”