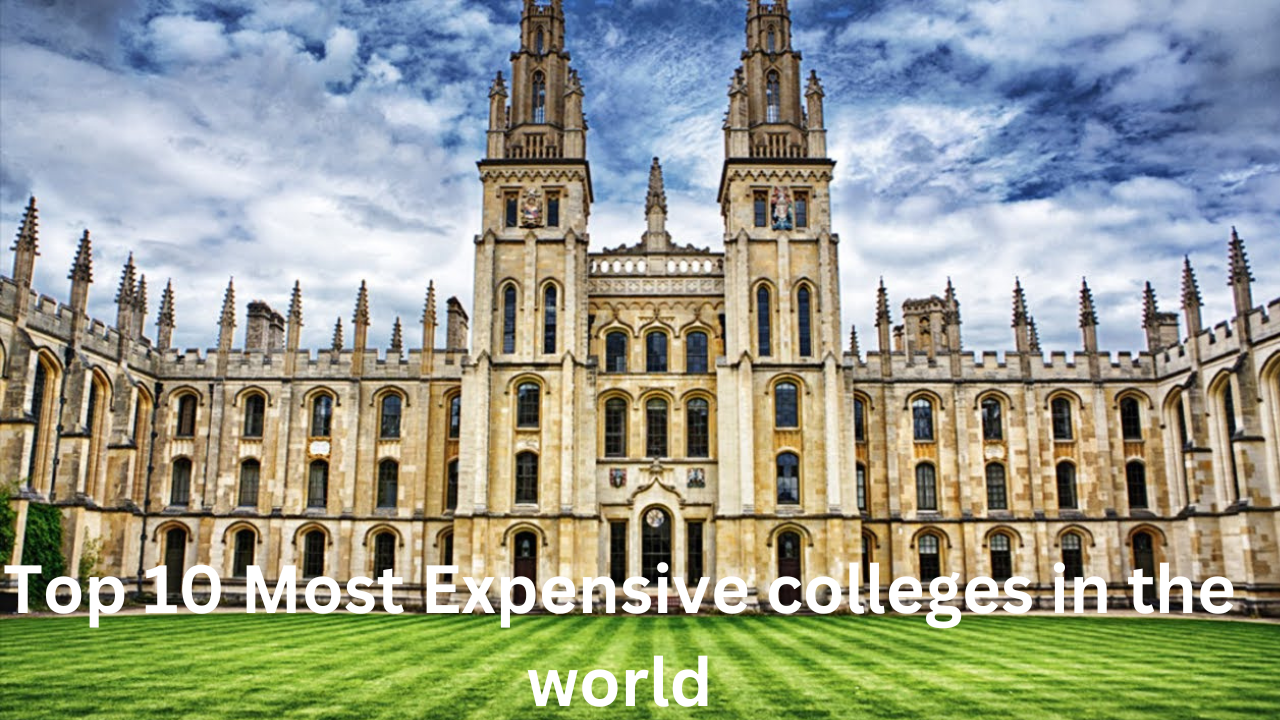 what are the Most Expensive colleges in the world?

Education has become necessary to stay up with the changing times of the digital age.

Therefore, it is crucial to get a good education and a degree from a reputed university.

But have you ever pondered which school is among the most expensive colleges in the world?

And does the high price tag of these prestigious schools guarantee a superior education?

Read Most expensive Golf Balls in the world

Well, we have compiled a list of the most expensive colleges in the world.

Top 10 Most Expensive colleges in the world

Read below to find the list of the 10 Most Expensive colleges in the world.

So, why does Harvey Mudd cost more than any other college?

You may be forced to ask. Now, here’s the reason. It’s because it’s ranked as the 18th top College in the country by Forbes and has the nation’s second-highest rate of producing PhDs in STEM fields.

It has a top-tier undergraduate engineering curriculum, which is tied for first in the nation with Rose-Hulman Institute of Technology, according to U.S. News.

Harvey Seeley Mudd, a mining engineer, donated both his name and money to help build this university.

This college, which has been around since 1754, predates NYU’s establishment in New York City.

Columbia College was founded before the American Revolution and is thus one of the nine Colonial Colleges in the United States.

There are about 6,162 first-year students at the college, and about 6% of those who apply are accepted.

It is an Ivy League institution with one of the world’s lowest admittance rates (5.5%).

NYU is another prestigious school in New York with a high tuition rate. New York College was founded in 1830.

It was one of the first colleges to admit students based on their academic performance rather than their family ties.

It has campuses across Europe, Asia, the Middle East, and the United States, making it one of the world’s most internationally diverse colleges.

This College is not just highly regarded but also among the most expensive in the world.

It was set up after the United States became more industrialized quickly to meet the growing need for hands-on training in science and technology.

Since then, the College has significantly impacted fields including engineering, current science, and mathematics.

When people think of academic excellence and innovation, they think of MIT.

MIT has been associated with 93 Nobel laureates and 26 Turing Award winners.

It’s no wonder this College is so pricey when compared to others.

The University of Oxford is not just one of the oldest schools on our list, but also the second oldest school in the world to be in continuous operation. It is among the most expensive colleges in the world

Oxford College is renowned for generating some of the brightest minds in Britain, and its standards are said to be comparable to those of Cambridge.

The Swiss Federal Institute of Technology (ETH) in Zürich focuses on STEM fields.

In 1854, the federal government of Switzerland established it.

The institution’s goal was to train scientists and engineers who would come up with new ideas in the future and serve as a national hub for these fields.

The school is ranked number seven on the QS World College Rankings, which shows that it is generally thought to be one of the best colleges in the world.

Rockefeller and the American Baptist Education Society worked together to start the College of Chicago in 1890.

The College has always had a reputation for being an important educational institution.

Numerous Nobel Prize winners have taught or studied at this institution.

Additionally, many local jobs can be found within the college. With a total of 16,000 administrative workers, it is one of Chicago’s largest employers.

The Cost of Attending Vassar College in the United States, Eighth ($56,960):

Tuition at Vassar College is just about $56,960, placing it seventh on our list of the most expensive colleges.

Based on a national scale, the news recognized it as the eleventh top liberal arts college in the United States.

More importantly, its acceptance rate of 24% is much higher than the average of its 2,350 undergraduate students.

The liberal arts school became well-known because it was one of the Seven Sisters, a group of colleges in the Northeast that used to be only for women.

Vasser is among the most expensive colleges in the world

Trinity College is ranked #8 in our rankings. Around 2,400 undergraduates attend, making up 34% of the school’s total enrollment.

Trinity College in Connecticut is one of the oldest liberal arts colleges in the United States, having been founded in 1823.

Hartford College was established as an alternative to Yale University.

This College unlike any of the others on the list of the most costly in the world was created with the requirements of students with ADHD, and other learning disabilities in mind.

Landmark College features several varied curriculum options. Students at the undergraduate level can work for a bachelor’s or associate’s degree.

At the associate level, you can choose from programs in business, liberal arts, computer science, and life sciences.

Landmark also facilitates online courses for those who choose to study from afar.

The 10 Most Expensive Golf Balls in the World 2022