Glusea.com » Most Expensive Cars in The World 2020

These are the  most expensive cars in the world

There’s something to be said about the presence and power most expensive cars demand.

Most expensive cars in the world – what are they and how much do they cost? We’ve gathered a collection from 10 most expensive autos all over the world – from Bugatti Chiron with price tag $2,7 million to Rolls Royce Sweptail for $13 million. Some of them are impossible to buy even you have required amount of money. In the way it was happened with Ferrari Pininfarina Sergio – this luxury supercar was sold only to the clients chosen by Ferrari company. 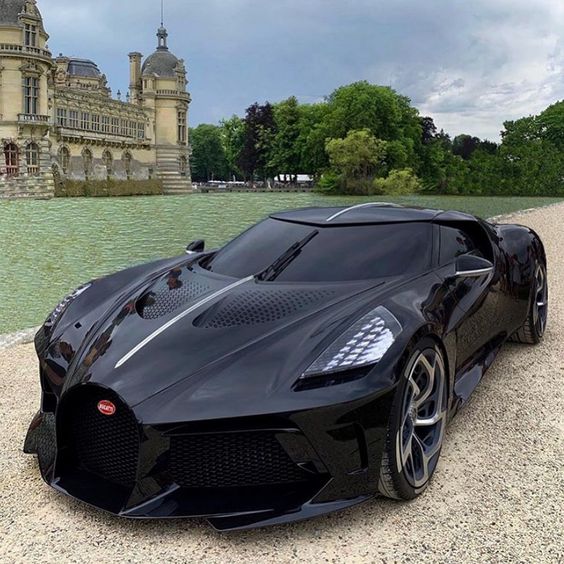 Coming from the stables of French luxury sports cars brand is the Bugatti La Voiture Noire. Voiture Noire was unveiled at the Geneva auto show, where it was sold at a record 19 million US dollars. That is a whopping amount of money, and it remains the most expensive car ever produced. This black masterpiece is a combination of speed, technology, luxury, and aesthetics, according to Stephan Winkelmann, Bugatti’s president.  The car is embedded with an 8-liter engine, 16 cylinders, and 1500 brake horsepower. An ultra-powerful car with six tailpipes.
You want to get one of these. You could have the money, but sadly, Bugatti only produced one of its kind.

Another one-off luxury car from Rolls Royce, this two-seater, a large car is a hand-built, bespoke automobile designed at the request of a yacht and aircraft collector -whose identity remains unknown till today. The car meets the unique specification required by the anonymous requester, taking about five years to carve out the unique car. The car has an intricately carved back and a glass ceiling that transverses the wheel to the trunks. The car has a maximum speed of 150 mph and is the second most expensive car ever.

KOENIGSEGG CCXR TREVITA – $4.8 MILLION
Only two of these unique model have been produced. The car producers admit the difficulty in producing the model, stating “the white carbon fiber used for the Trevita made the car extremely difficult and time-consuming to manufacture.”  It must be so difficult to produce that it has translated into being so difficult to afford. The car features a unique double carbon rear wing, Inconel exhaust system, carbon ceramic brakes with ABS, airbags, paddle-shift, Chrono instrument cluster, infotainment system, tire monitoring system and a hydraulic lifting system. A prominent feature of this car is used for the unique carbon fiber for the car that makes it sparkle like diamonds under sun rays.

LAMBORGHINI VENENO ROADSTER – $4.5 MILLION
Thought of a flying car, well, there is the Lamborghini Veneno roadster that speeds across the road. Made of carbon fiber, the car has a sophisticated, unique design that enables it to retain a spot as one of the best speedsters.
The car boasts a seven-speed single clutch ISR automated manual transmission run a rum at 8,400 rpm, has  740 horsepower and 507 pound-feet of torque. The car accelerates to 60mph in an astonishing 2.9 seconds.

MCLAREN P1 LM – $3.6 MILLION
A great car that had only five units produced, this expensive car boasts of 1000 horsepower and superb aerodynamics. Has a gold-plated engine of 3.8 liters twin-turbo V-8 and weighs 132 pounds in total.

LYKAN HYPERSPORT – $3.4 MILLION
A great car was originating from Lebanon, this piece is known as the Arab wonder and is a wonder anywhere in the world. Fitted with gems, particularly 240 15-carat diamonds, or according to the wishes of the owner. The car has great design and fabulous specifications. The twin-turbo mid-rear 3.8 liters flat-six boxer produce 780 horsepower through the rear wheels, and a 708 pound-feet of torque. Its high speed got it featured in Fast and Furious, as it peaks at 60mph in 2.8 seconds. It can reach 240mph.

ASTON MARTIN VALKRYIE – $3.2 MILLION
Estimated at that price, the car is one of Aston Martins most beautiful products. With a structure and design modeled after formula one cars. The car has a 6.5-liter V12 engine, a 1:1 power /weight ratio, and a Rimac-built hybrid battery. The company has announced its plan to produce 150 units of the car in 2019, so you can start saving or include that in your budget.

FERRARI PININFARINA SERGIO – $3 MILLION
An invite-only car, the manufacturer’s hand-picked the owner of the six handmade, exquisitely designed car. The car, made with carbon fiber has no roof, side windows, and windshield.  Boasts an engine of 4.5 liter F136F V-8.

PAGANI HUAYRA BC – $2.8 MILLION
The most expensive Pagani car ever, the car has a 6.0 liter V-12 bi-turbo engine and produces 790 horsepower with an 811 lb-ft torque. The car has a dynamic transition rate at 75 milliseconds.