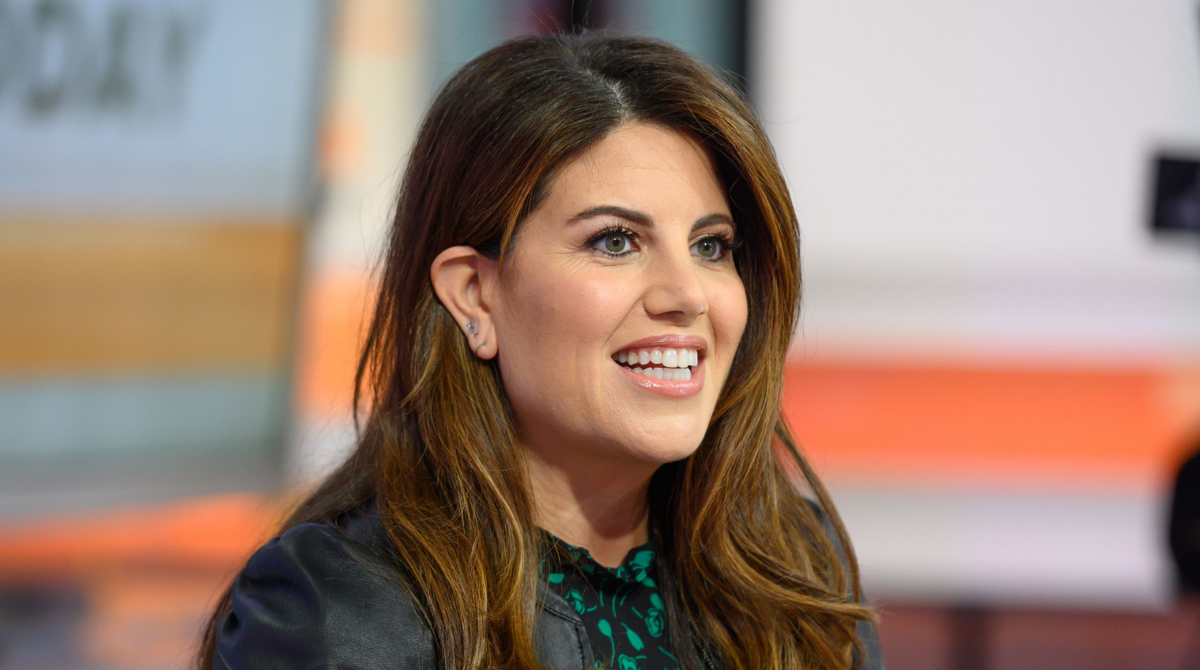 Monica Lewinsky is is an American entrepreneur, author and public speaker. An open anti-bullying activist and prominent supporter of the #MeToo movement, Lewinsky is the author of “Monica’s Story,” the 1999 memoir detailing her affair with former President Bill Clinton. She reportedly received a $500,000 advance for the book, which she co-wrote with author Andrew Morton.

Lewinsky was born in San Francisco, California, and grew up in an affluent family in Southern California in the Westside Brentwood area of Los Angeles and later in Beverly Hills. Her father is Bernard Lewinsky, an oncologist. Her mother, born Marcia Kay Vilensky, is an author who uses the name Marcia Lewis.

Following her high school graduation, Lewinsky attended Santa Monica College. During this time, she worked for the drama department at Beverly Hills High School and at a tie shop.

In 1993, she enrolled at Lewis & Clark College in Portland, Oregon, graduating with a bachelor’s degree in psychology in 1995

Also in 1999, Lewinsky appeared on “20/20” for an interview with Barbara Walters. The appearance was the second-most-watched interview in television history and earned Lewinsky $1 million for the international rights. The appearance kicked off what would become a lucrative career in the media. Check out the richest models in the world

In 2000, she became a spokesperson for Jenny Craig, Celebrity Net Worth reported. She was to earn $1 million for losing at least 40 lbs. in six months. However, Jenny Craig ended the contract early and only paid Lewinsky $300,000 of the $1 million.

Lewinsky’s other television credits include hosting the reality show “Mr. Personality” and appearances on “Jimmy Kimmel Live!,” “The View” and “V Graham Norton,” IMDb reported. She had another chance to tell her side of the events leading to the Clinton impeachment trial on the HBO special “Monica in Black and White” in 2002.

President Bill Clinton admitted to having an affair with Lewinsky while she worked at the White House in 1995 and 1996. The affair, and its repercussions (which included Clinton’s impeachment), became known later as the Clinton–Lewinsky scandal.

In May 2014, Lewinsky wrote an essay for Vanity Fair magazine titled “Shame and Survival”, wherein she discussed her life and the scandal. She continued to maintain that the relationship was mutual and wrote that while Clinton took advantage of her, it was a consensual relationship

As a result of the public coverage of the political scandal, Lewinsky gained international celebrity status. She subsequently engaged in a variety of ventures that included designing a line of handbags under her name, serving as an advertising spokesperson for a diet plan, and working as a television personality.

Lewinsky later left the public spotlight to pursue a master’s degree in psychology in London. In 2014, she returned to public view as a social activist speaking out against cyberbullying.

According to various sources, Monica Lewinsky Net Worth 2023 is estimated at $2 million. Monica guest-starred on “Saturday Night Live” on May 8, 1999, appearing in two sketches. In January 2000, she started doing commercials for Jenny Craig, Inc.; the diet company entered into a $1 million dollar endorsement deal with Lewinsky that required her to lose at least 40 pounds in a six-month period. She owns the following acrs

What do you think about Monica Lewinsky net worth and Biography? leave your reply in the comments below