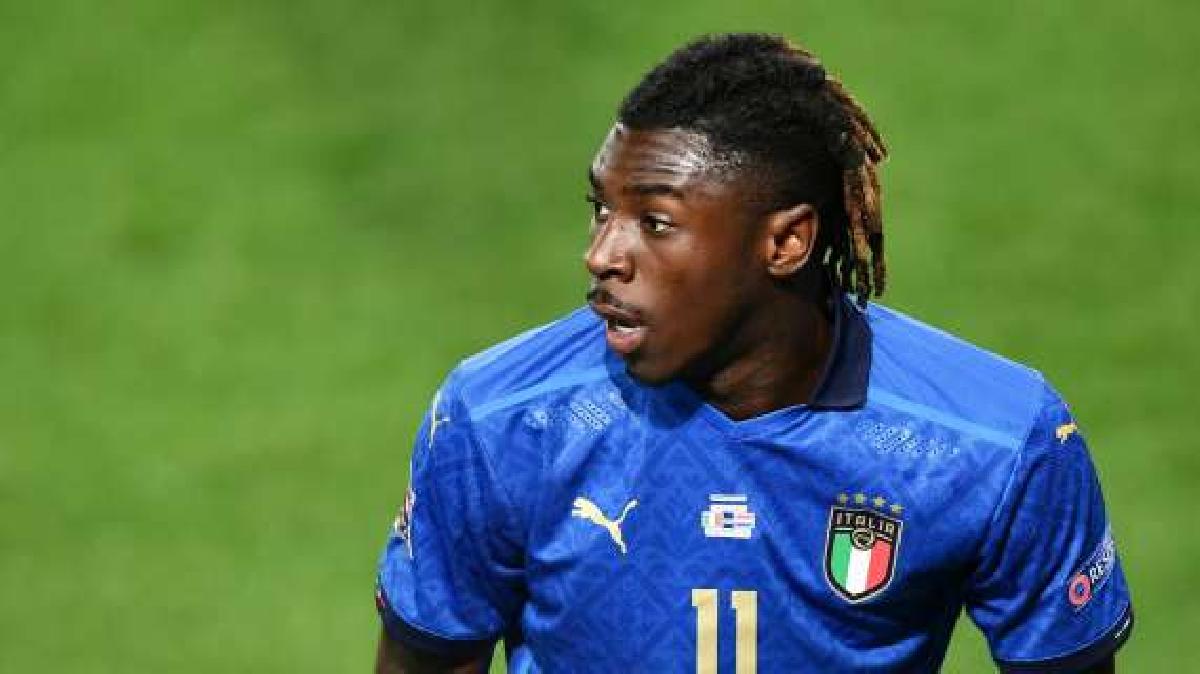 What is Moise Kean Net worth?

Moise Kean is one of the best upcoming footballers in the world.

Kean is is the youngest goalscorer for Italy in a competitive match.

In this article, we will be bringing to you Moise kean net worth, salary, age and his stats. Keep reading to find out here

who is Moise kean?

Moise Kean Net worth : Moose Kean is a young professional footballer who is currently playing for Juventus on a temporary basis and also plays at the international level for the Italy national team.

Though still a rising star, he has already been recognized as a prolific forward, known for his good finishing and attacking prowess. He is swift, tenacious, and physically strong with good technical skills and a high shot accuracy .

Moise Kean is also a natural right-footed player  whose  preferred position is in the centre as a main striker, even though  he is also capable of playing as a second striker.

Moise Kean net worth is earned from his illustrious soccer career and endorsements deals.

Bioty Moise Kean was born on February 28, 2000 to Biorou and Isabelle (who are both ivorians) in Vercelli, Italy. After his parents separated in 2004, his mother Isabelle took Kean and his siblings and relocated to Asti where Moise Kean grew up. He began 0kaying football at the age of five and was soon registered in the youth team of Asti where he developed his football skills.

Moise Kean later moved to Torino in 2007 where he spent three years at the youth team of the Italian club before Juventus acquired him in 2010.

Moise Kean joined the academy of Juventus from Torino in 2010 where he spent six years in the youth team of Juventus. He rose through the youth ranks to the first team and made his professional debut in 2016 at the age of sixteen. Through his debut, he became the youngest player born in the 2000s, to feature in one of the top four Leagues in Europe. He also became the youngest player and first player born in the 2000s, to feature in a Champions league.

After putting up an impressive performances for the club, where he notched seven goals in 16 appearances, he was later loaned to Verona to continue in his development.

Moise Kean joined Verona in 2017 on a season loan from Juventus. There he played 19 times for the Italian Side, scoring 4 goals before he returned back to Juventus in 2018.

Kean later return to Juventus in 2018 after his loan spell at Verona ended. On his return to Juventus, Moise Kean made an instant impact, scoring back to back goals for the Italian Side. Due to several competition in attack, he didn’t stand a chance of getting a regular spot, as there was Cristiano Ronaldo and Mandzukic in that position, as such he was sold permanently to Everton in 2019.

Moise Kean joined Everton in 2019, but only spent one season at the club where he only made 32 appearances for the English club before he was loaned TO Paris Saint German in 2020. He had an impressive season at Paris Saint German, notching 13 goals in 26 appearance which saw Juventus come for his services again. He was later loaned again to Juventus in 2021. So far he has played only three matches and has scored 1 goal.

Moise Kean has played for l Italy at various levels starting from the U15 to U21 before he was called to the senior team in 2018. He has so far played ten times, scoring four goals. Though he is still young, therefore he has enough time to make an impact both at club level and at the international level.

How tall is Moise Kean?

Is Moise Kean a Jamaican?

Moise Kean is an Italian footballer of Ivorian descent. While he was on loan at Paris Saint German, he linked up with Jamaican musician Popcaan, in Jamaica while on vacation. He posted a picture of himself dancing and having a good time in Jamaica.

Moise Kean net worth 2021 is estimated at $10 million. He earned this income whiles playing as a professional football player at various stages. He is currently one of the key stars in the Juventus team.

How Much does Moise Kean take as salary?

Moise Kean is currently single and there is no information concerning his relationship with any girl at the moment.

As a result of his outstanding football performances while at Paris Saint German, Moise Kean has seen his FIFA rating increased to 78. He has AA real face in the game with impressive stats such as dribbling (81), shot power (84), strength and speed (83 and 84 respectively). He also has a finishing of 81 at such q young age. You can only imagine what his rating will be in few years.

Aafter an impressive season at Paris Saint German, Moise Kean returned to Everton for the 2021/2022 campaign before he was loaned out to Juventus again. Before his loan move he played only one match for Everton, having a total of zero shots  on target with zero goals, averaging one pass per match with a pass completion rate of 100%, zero assists.

In the Italian Serie A, Kean has played three matches, one as a starter and two from the bench. He has zero shots on target, zero goals, an average of one pass per match with a pass completion rate of 79%q with zero assists.

What do you think about Moise Kean Net worth? leave your reply in the comments below