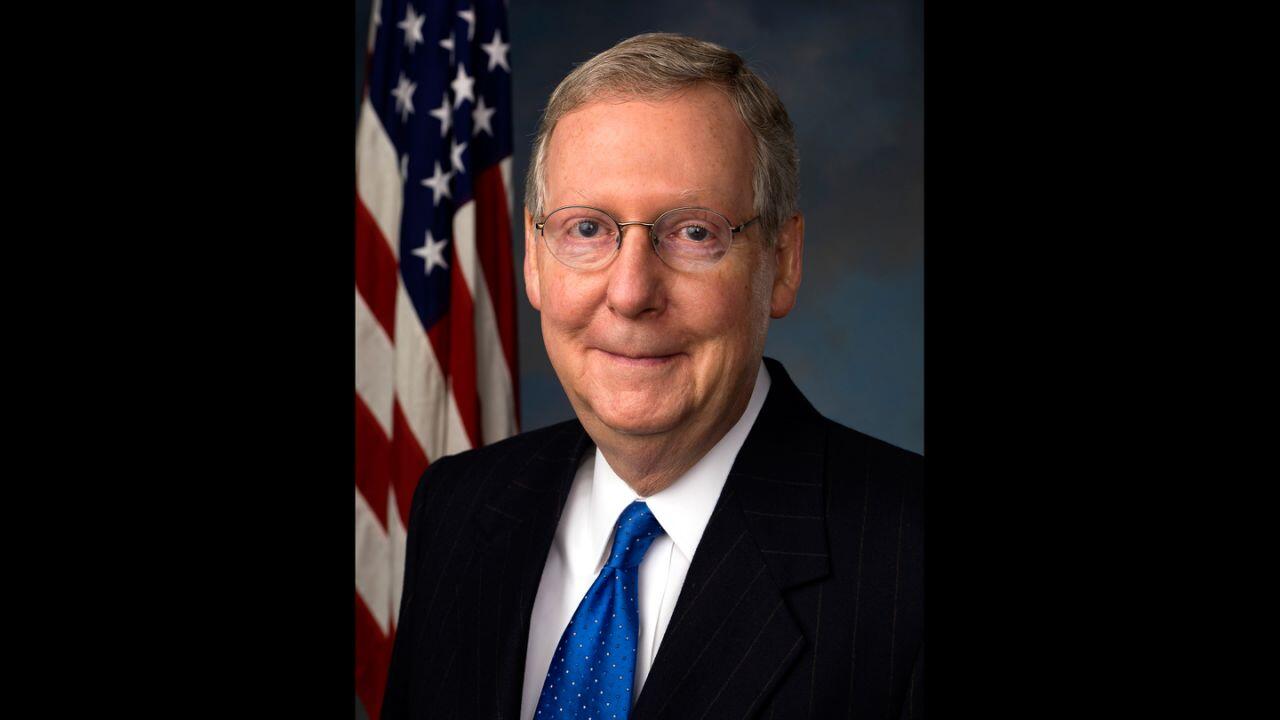 Mitch McConnell Net Worth 2021: Addison Mitchell McConnell Jr.  is an American politician currently serving as Kentucky’s senior United States senator and as Senate majority leader. Mitch McConnell net worth is $34.1 million making him one of the richest senators

Mitch McConnell Net Worth is $34.1 million making him the ninth richest senator. McConnell has a reputation as a skilled political strategist and tactician

McConnell was born February 20, 1942 in Sheffield, Alabama, and grew up in nearby Athens, Alabama.

In 1944, at the age of two, McConnell’s upper left leg was paralyzed by a polio attack. He received treatment at the Roosevelt Warm Springs Institute for Rehabilitation.

The treatment potentially saved him from being disabled for the rest of his life.  McConnell stated that his family “almost went broke” because of costs related to his illness.

In 1950, when he was eight, McConnell moved with his family from Athens to Augusta, Georgia, where his father, who was in the Army, was stationed at Fort Gordon.

In 1956, his family moved to Louisville, Kentucky, where he attended duPont Manual High School. McConnell was elected student council president at his high school during his junior year.

He graduated with honors from the University of Louisville with a B.A. in political science in 1964.  He was president of the Student Council of the College of Arts and Sciences and a member of the Phi Kappa Tau fraternity.

McConnell attended the 1963 March on Washington for Jobs and Freedom, where Martin Luther King Jr. gave the “I Have a Dream” speech.

In 1964, at the age of 22, he attended civil rights rallies, and interned with Senator John Sherman Cooper. He has stated his time with Cooper inspired him to run for the Senate later in life.

In 1967, McConnell graduated from the University of Kentucky College of Law, where he was president of the Student Bar Association.

In March 1967, shortly before the expiration of his educational draft deferment upon graduation from law school, McConnell enlisted in the U.S. Army Reserve as a private at Louisville, Kentucky.

This was a coveted position because the Reserve units were mostly kept out of combat during the Vietnam War.

Shortly after his arrival, he was diagnosed with optic neuritis and was deemed medically unfit for military service. After five weeks at Fort Knox, he was honorably discharged.

From 1968 to 1970, McConnell worked as an aide to Senator Marlow Cook in Washington, D.C., managing a legislative department consisting of five members as well as assisting with speech writing and constituent services

In 1971, McConnell returned from Washington, D.C., to Louisville, KY, where he worked for Tom Emberton’s candidacy for Governor of Kentucky, which was unsuccessful.

McConnell attempted to run for a seat in the state legislature but was disqualified because he did not meet the residency requirements for the office.

He then went to work for a law firm for a few years. During the same time period, he taught a night class on political science at the University of Louisville.

In October 1974, McConnell returned to Washington, D.C. to fill a position as Deputy Assistant Attorney General under President Gerald R. Ford, where he worked alongside Robert Bork, Laurence Silberman, and Antonin Scalia.

In his early years as a politician in Kentucky, McConnell was known as a pragmatist and a moderate Republican.

Over time, he shifted to the right. According to one of his biographers, McConnell transformed “from a moderate Republican who supported abortion rights and public employee unions to the embodiment of partisan obstructionism and conservative orthodoxy on Capitol Hill.

From 1997 to 2001, McConnell was chairman of the National Republican Senatorial Committee, the body charged with securing electoral victories for Republicans.

He was first elected as Majority Whip in the 108th Congress and was unanimously re-elected on November 17, 2004.

Senator Bill Frist, the majority leader, did not seek re-election in the 2006 elections. In November 2006, after Republicans lost control of the Senate, they elected McConnell as the minority leader.

In June 2018, McConnell became the longest-serving Senate Republican leader in the history of the United States.

McConnell is the second Kentuckian to serve as a party leader in the Senate after Alben W. Barkley led the Democrats from 1937 to 1949 and is the longest-serving U.S. senator from Kentucky in history.