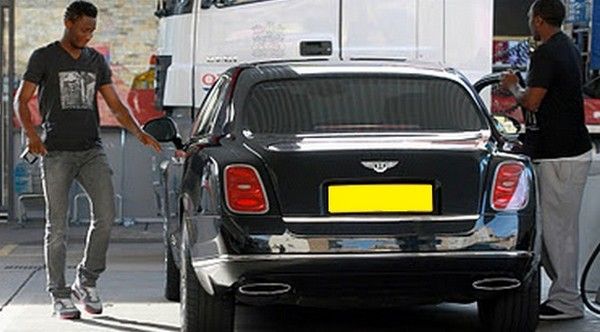 Who is Mikel Obi?

Globally known as Mikel Obi, John Micheal Nchekwube Obinna was born to Michael Obinna (who runs a transport company in plateau state) on 22 April 1987 in Jos. Obi is the short form his surname “Obinna” while Mikel was used while he was preparing for the FIFA U-17 world champions in 2003. During this time his birth name Michael was inadvertently submitted by the NFA (Nigerian Football Association) as “Mikel” and this he had to stick to through out his career.

Mikel Obi began his football career in his home town of Plateau where he featured for Plateau United before his eye catching performances saw him attract the attention of some foreign clubs like Lyn of Norway which acquired his services at the age of 17. Two years after signing for the Norwegian club, he made a controversial move to Chelsea despite Manchester United claiming that they had acquired the prolific midfielder.

Chelsea FC were made to pay a certain fine for breaching the FA rule concerning transfer. After joining Chelsea FC in 2006,MIKEL Obi went on to win several trophies with the club including one champions league trophy, FA cup, English Premier League title among other domestic titles. He was deployed to defensive midfield by the then coach Jose Mourinho . He spent 11 years at the club winning everything winable with the club before sealing a move to Chinese club Tianjin TEDA in 2017.

Mikel had a short stint at the Chinese club before moving to Middlesbrough as a free agent in 2019 before moving to Trabzonspor and then back to England to play for Stoke City in the lower division of the Premier League. He finally sealed a move to Kuwait SC in 2021 where he is yet to make his debut for the club.

Mikel Obi has also represented Nigeria at the international level beginning with the U-20 team where he finished as the second best player with the silver ball behind Lionel Messi as the Nigerian team finished second. Since then, the versatile midfield maestro has made a total of 91 appearances for Nigeria helping them to win the 2013 African cup of nations and other international trophies.

He was also the brand ambassador of Peak milk company with a deal worth N20 million.

Mikel Obi net worth is estimated at $50 million making him o0ne of the wealthiest in Nigeria. But how does he spend this money, here we bring to you a collection of Mikel Obi cars and houses

You can only imagine that being someone of such caliber, it is only natural to want to acquire luxury assets to measure up with your standard, this is true in the case of Mikel Obi who has influx of luxury cars in his possession. We bring you a list of Mikel Obi’s exotic cars.

Mercedes Benz G Wagon is one of the exotic cars in Mikel Obi’s possession which is valued at $130,000.

Another luxury ride owned by the world class midfielder Mikel Obi, is the Range River Sport which is valued at $119,900. Some of the amazing features of this exotic ride will appall you;

The Bentley Continental GT which is valued at $180,000 is one ride that can leave you salivating especially considering its awe-inspiring features. This is one of the very expensive Mikel Obi cars. Let me fill you in on its various features.

Another sleek exotic ride parked among Mikel Obi’s fleet of exotic cars is 5he Mercedes-Benz E-class which cost $75,000. These are some of the features of the expensive car;

Mikel Obi owns several jaw dropping mansions in London and in Nigeria. He bought a mansion in United Kingdom with a whooping some of $265,000. He also owns other mansions in Lagos, Abuja, and Jos which are very expensive.

Thank you for reading the article about Mikel Obi cars and houses. Leave your reply in the comment below.