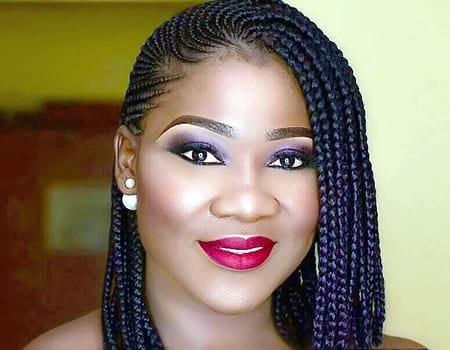 what is Mercy Johnson net worth ?

In this article we share with Mercy Johnson net worth 2023. One of the versatile movie starts in Nigeria. Read on to learn how She makes and spends her money.

Mercy Johnson Okojie was born on 28th August 1984 in Lagos. Her father was a Military officer. She is the fourth of seven children. Mercy had her basic education in Calabar. Her father, being a naval officer, was later transferred to Lagos State where she continued her education at a Nigerian Navy Primary School.

She is married to Prince Odianosen Okojie since 2011 and they have four children. she is also involved in several personal businesses. One of her business ventures is her kitchen talk show.

Right after her secondary education, Mercy auditioned for a role in The Maid and subsequently acted in other movies such as Hustlers, Baby Oku in America, War in the Palace. Mercy Johnson Okojie, an inspirational actress, has acted in more than 100 movies since joining the industry and is still at work with both producing/directing and starring in phenomenal films.

Mercy Johnson net worth is estimated at $5.8 million. She is one of the richest actresses in Nigeria.

In 2009, she won an award for Best Supporting Actress at the 2009 African Movie Award ceremony,

and Best Actress award at the 2013 Africa Magic Viewers Choice Awards for her role in the comedy movie Dumebi the Dirty Girl. In December 2011, she was listed as Google’s most searched Nigerian celebrity, a position she also held in 2012.

She is the senior special assistant(SSA) to the kogi state governor on entertainment, arts and culture. This post took effect from 1 April 2017