HomeBiography of Famous People And CelebritiesMedikal Biography, Facts You Need To Know 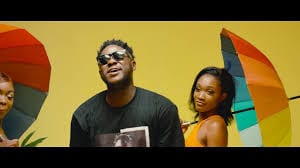 AMG( Arab Money Gang) Medikal is a hip hop artiste in Ghana. He has several hit songs ever since making it into the music seen in 2017. In this post, we bring to you  Medikal biography and all the facts you need to know about the young rapper.

Medikal known in real life  Samuel Adu Frimpong as born 4th April 1993. He comes from Sowutuom, a town in the suburb or Accra in Ghana. Mr. James Frimpong and Mrs. Porshia Lamptey are the Medikal family real parents.

Not much information is known about  the educational background of AMG Medikal. However, Going by Amg Medikal age, one can tell that the young musician left school a few years ago. So which SHS did Medikal attend? Well, it is clear that Medikal was in junior high school as this is where he got his name from his then school dad. The name was drawn from the fact that his songs mainly revolved around hospitals and medical practitioners.

Medikal is a Ghanaian hip hop musician . Medikal was signed into the Arab Money Gang (AMG Record Label), owned by Criss Waddle of R2B Fame in the year 2010. Medikal has since released several hit songs some of which became continental hit songs.

Medikal and Sarkodie had the highest nominations for the 2017 edition of the Ghana Music Awards.

Medikal is currently rumored to be in a relationship with Fell Makafui of Yolo Fame. An allegation both of them have publicly confirmed. Before dating Fella, Medikal broke up with sister derby.

Medikal is one unique artist whose fancied lyrics have a rap message about everything that happens in the hospital like nurses, doctors, patients, and surgeons. He is unique and still successful. This means that you should do what you desire to do even if you are the only one doing it.

2. Medikal music is full of creativity

Medikal is very creative and his great metaphor has attracted people to listen to his songs. Many think that Medikal songs tells that he is a ‘sick’ rapper, but in real sense, he means he is a dope or good rapper. It led to his colleagues calling him Medikal because of his medical music themes. He is a good model because he encourages people to be creative in whatever they venture in.

The Ghanaian artist has always strived to be global. He does what he loves impressing what he feels to his listeners. He is not the type of people who sings to impress the crowd. The fact is that most people excel in what they love doing and that is the reason why you should make Medikal your role model.

4. Medikal is a risk taker

Medical latest nickname is ‘Metaphorist’ because of his music full of great metaphor. Risking his career with such metaphors and believing that people will fall in love with them, makes one make him their role models. Invest in anything that you love without thinking of the losses and believe that you will succeed.

5. Medikal is a go getter

Medikal new  ‘Boom’ is a hip-hop that has a message to his haters. Yes, he is unhappy, but nobody can change him his songs lyrics. He is a go-getter which is a good skill to inspire people to make him his role model.