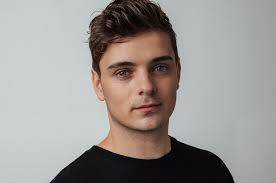 what is Martin Garrix net worth?

Martin Garrix was born in Amstelveen, Netherlands in May 1996. Martin learned to play the guitar at the age of four years old. He became interested in DJing after he saw DJ Tiesto play at the Olympics in Athens.

He downloaded software and taught himself to compose music. In 2012 Garrix released the singles “ITSA” with Sleazy Stereo, “Keygen”, and “BFAM” with Julian Jordan.

He went on to release the non-album singles “Torrent” with Sidney Samson, “Error 404” which Jay Hardway, and “Just Some Loops” with TV Noise in 2013.

Garrix won the SLAM! FM DJ Talent of the Year Award in 2012. His remix of “Your Body” was on Christina Aguilera’s album Lotus. His best known single was “Animals” which was released in June 2013 on Spinnin Records.

The single reached #1 in Belgium and the UK and cracked the top 10 in the Netherlands, Austria, France, Germany, New Zealand, Sweden, and Switzerland. Garrix released his debut EP Gold Skies in July 2014.

He has performed at music festivals such as Coachella, Electric Daisy Carnival, Ultra Music Festival, Tomorrowland, and Creamfields.

In 2014 he headlined the 1st edition of Ultra South Africa making this his first major festival. In the same year he became the youngest DJ to headline 2014 Ultra Music Festival at the age of 17.

He was a resident DJ at Spain’s Hï Ibiza (2017) and Ushuaïa Ibiza (2016 and 2018). He founded the label Stmpd Rcrds in 2016, months after leaving Spinnin’ Records and before signing with Sony Music.