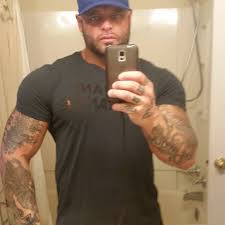 Glusea brings to you Mark Krok Biography and Net Worth

Krok was born in Johannesburg, South Africa. Mark Krok immigrated to Australia in 2002, then to the United Kingdom in 2008, and finally back to Cape Town, South Africa, where he currently resides.

After his return to South Africa, the South African Revenue Service (SARS) also charged Krok for tax evasion on two counts. The precedent was set by the 1999 agreement for avoidance of double taxation and fiscal evasion between Australia and South Africa.

After being found guilty in the case filed against him in RSA on 31 January 2014, Krok appealed to the Supreme Court of South Africa that same year. Krok’s appeal was ultimately rejected by the court, and his cases are now closed.

In its ruling against Krok on 20 August 2015, the Supreme Court cited the following:

“The saga began when he (Krok) immigrated to Australia in April 2002. Prior his departure, he had sought professional advice on the tax implications relating to his assets which eventually led to him setting up an elaborate scheme to avoid adverse exchange control implications.

The scheme involved him, inter alia, vesting the beneficial interests in both the assets and the income in a British Virgin Islands company through a series of agreements. In consequence to all his transactional activity, according to Mr Krok, he ceded all his South African income and assets to a company except for the bare ownership thereof, and he had no income or capital gains on which he could be taxed by the ATO under the agreements.

On 29 December 2008, Mr Krok again emigrated from Australia to the United Kingdom. He set up a similar tax avoidance scheme in respect of which he purported to transfer to the second appellant, Jucool Enterprises Inc. (Jucool), a company incorporated in the British Virgin Islands, his assets situated in South Africa.

In 2009, the ATO launched an audit of Mr Krok’s taxation affairs as part of a government initiative investigating participation by Australians in internationally promoted tax arrangements to identify taxpayers involved in significant offshore transactions or large transfers of funds to or from Australia. Resultant, the ATO held Mr Krok liable for $25 361 875.79 plus interest.”

The ATO’s investigation also revealed Krok’s illegal use of funds while his assets were frozen, noting that Krok used South African credit cards from blocked assets for purchases ranging from the purchasing and renovation of multiple holiday homes, private payments to his mother and the purchasing of 2010 FIFA World Cup tickets.

Who is Mercy Eke ?