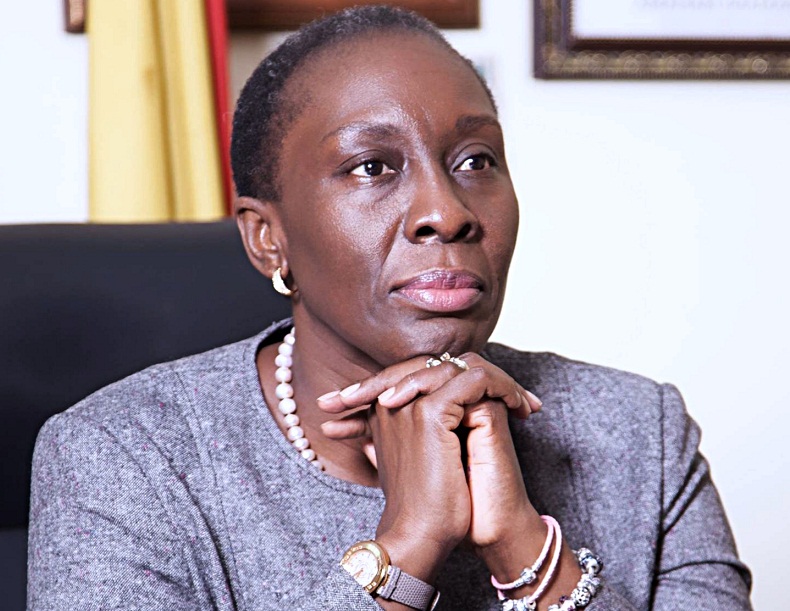 Marietta Brew Appiah-Oppong is a Ghanaian female legal practitioner and a former Attorney General of Ghana and Minister for Justice of Ghana.

She was appointed by President Mahama in 2013. She is the second woman to hold this office in the country, the first being Mrs. Betty Mould-Iddrisu. Her tenure as Attorney General of Ghana ended on 6 January 2017.

In June 2018, she was appointed to serve a 3-year term on the International Chamber of Commerce’s Court of Arbitration for a three-year stint spanning 1 July 2018 – 30 June 2021. The decision to appoint her was taken on June 21, 2018, at the ICC’s World Council Meeting in Paris. She is an Honorary Council Member of the Ghana Association of Restructuring and Insolvency Advisors (GARIA

Marietta started her education at the Tema Parents Association School. She had her secondary education at the St Roses Senior High (Akwatia) where she sat for the Ordinary Level Certificate (O level) and Advanced Level Certificate (A level). She later obtained her Bachelor of Laws (LLB) degree from the University of Ghana, Legon and her Professional Certificate to practice law from the Ghana School of Law, (Makola). She then went to the Institute of Social Studies, Hague in the Netherlands, for her Post Graduate Degree.

Marietta has been a practising lawyer for the past twenty years where she started her practice at Fugar and Co. law firm. She then moved to become senior partner at Lithur Brew and Co law firm. She is an Honorary Council member of the Ghana Association of Restructuring and Insolvency Advisors (GARIA)

She was a member of the Ghana @50 Commission of Enquiry and also a Board Member of the Volta River Authority (VRA) appointed by the late President John Atta-Mills in 2009.

Marietta Brew Appiah-Oppong was appointed as the Attorney General of Ghana and Minister for Justice of Ghana by the former President John Dramani Mahama from February, 2013 to 6 January 2017