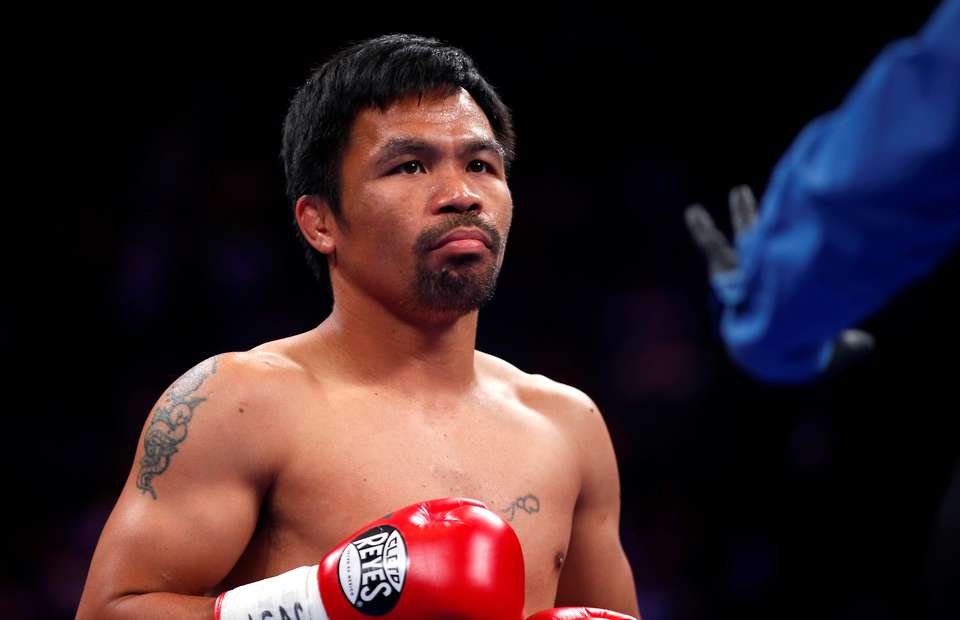 Manny Pacquiao net worth 2023 is $262 million: Emmanuel Dapidran “Manny” Pacquiao is a Filipino professional boxer and politician currently serving as a Senator of the Philippines since 2016.

Pacquiao was born on December 17, 1978, in Kibawe, Bukidnon, Philippines. He is the son of Rosalio Pacquiao and Dionisia Dapidran-Pacquiao.

His parents separated when he was in sixth grade, after his mother discovered that his father was living with another woman. He is the fourth among six siblings.

Pacquiao attended his elementary education at Saavedra Saway Elementary School in General Santos City. He dropped out of high school due to extreme poverty.

He later took and passed a high school equivalency exam in February 2007, which made him eligible for college education.

Pacquiao was awarded with a high school diploma by the Department of Education and enrolled for a bachelor’s degree in business management at Notre Dame of Dadiangas University (NDDU) in his hometown of General Santos City.

On February 18, 2009, Pacquiao was conferred the Honorary Degree of Doctor of Humanities (Honoris Causa) by Southwestern University (SWU) at the Waterfront Cebu City Hotel & Casino in Lahug, Cebu City in recognition of his boxing achievements and humanitarian work.

According to Manny, he became a boxer due to poverty. He had to survive. He started boxing at the age of 14 and by 16 years, he was already a professional boxer.

Pacquiao is also the first boxer in history to win major world titles in four of the original eight weight classes of boxing, also known as the “glamour divisions” (flyweight, featherweight, lightweight and welterweight), and the first boxer ever to become a four-decade world champion, winning world championships across four decades (1990s, 2000s, 2010s, and 2020s).

Pacquiao plays basketball as cross-training to keep himself in shape. He previously played in the semi-professional basketball league, Liga Pilipinas, for the MP-Gensan Warriors, a team that he also owns. He made his debut in the Smart-Liga Pilipinas Conference II on January 16, 2009

Manny’s Political career started in 2007. In May 2007 Pacquiao contested under the Kabalikat ng Malayang Pilipino (KAMPI), a pro-Arroyo political party to represent  the 1st District of South Cotabato province but lost in that election.

On May 13, 2010, Pacquiao was officially proclaimed congressman of the lone district of Sarangani. He scored a landslide victory over the wealthy and politically well-entrenched Chiongbian clan that had been in power in the province for more than thirty years.

During the Sarangani’s 1st district state of the district address on October 5, 2015, Pacquiao formally declared that he was running for senator under the United Nationalist Alliance (UNA) party of vice-president Jejomar Binay.On May 19, 2016, Pacquiao was formally proclaimed as one of the winners of Philippine Senate seats by the Commission on Elections.

Pacquiao started his acting career as an extra in some local films and guest appearances on ABS-CBN shows.

In December 2005, Pacquiao took his first lead role in Violett Films’ Lisensyadong Kamao (Licensed Fist). The film is titled so because (according to director Tony Bernal), being a boxer, Pacquiao is licensed to use his hands

Pacquiao is one of the richest boxers in the world. Manny Pacquiao net worth is $262 million.

Manny Pacquiao spends his money largely on housing. The poor boy who used to live on the streets as a teenager has at least nine houses