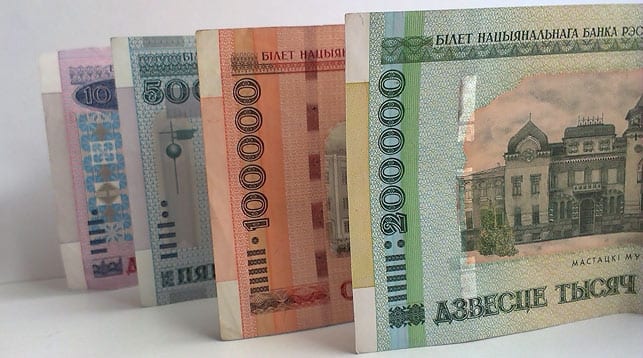 We bring to you the Lowest Currency in the world.

The value of the lowest currency in the world was determined by its exchange rate with the United States dollar.

In most cases, a state’s currency devalues because of the economic downturn inside a country. This causes a balance of payments deficit and the inflation rate to grow.

It will replace the bolívar fuerte after a transition period. The primary reason for replacement, at a rate of 1 Bs.S. to 100,000 Bs.F, was hyperinflation.

With most of its labor force in the public sector, Iran has one of the cheapest currencies in the world. Iran is also one of the highest exporters of oil and gas, however, due to uncertainty and unrest in the country, the currency performs poorly.

Asian-pacific nation Vietnam has one of the most devalued currencies in the world. The country is still on its way to migration to a market economy.

Introduced in 1946 by Indonesian nationalists fighting for independence, the currency replaced a version of the Netherlands Indies gulden, which had been introduced during the Japanese occupation in World War II. In its early years, the rupiah was used in conjunction with other currencies, including a new version of the gulden introduced by the Dutch.

The soʻm is the currency of Uzbekistan in Central Asia. Since independence, the economy of Uzbekistan continues to exist as a Soviet-style command economy with a slow transformation to the market economy.

Its restrictive trade regime and generally interventionist policies continue to have a negative effect on the economy.

Lowest Currency in the world

On March 1, 2019, on the 59th anniversary of the introduction of its national currency, the Central Bank of the Republic of Guinea issued a revised banknote for 10,000 francs and issued a new banknote for 2,000 francs.

The ariary is the currency of Madagascar. It is subdivided into 5 iraimbilanja and is one of only two non-decimal currencies currently circulating (the other is the Mauritanian ouguiya). It is currently valued at 1USD=3,750.00 MGA