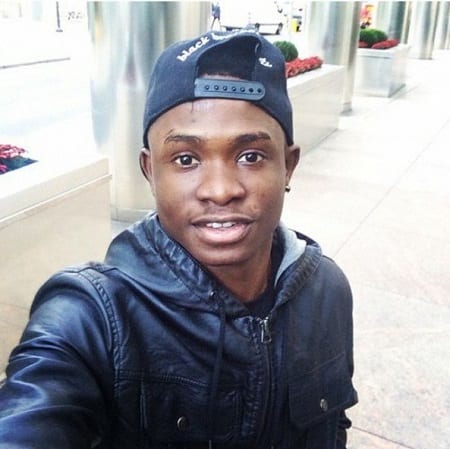 Keshinro Ololade known professionally as Lil Kesh, is a Nigerian singer, rapper and songwriter. He was shot to fame by his hit sing “Shoki”. Read more on Lil Kesh net worth here.

Lil Kesh was born on born March 14, 1995. He was raised in Bariga, a suburb of Lagos State. He was a linguistic student at the University of Lagos before leaving school to concentrate on music.

His career in music began in 2012 when he rapped among his colleagues in Bariga. He released “Lyrically”, a single which became popular at universities in Nigeria.

In 2015, he was nominated for Best New Act at the 2015 Nigeria Entertainment Awards.

As a recording artist affiliated with YBNL Nation, Lil Kesh has established his own record label YAGI Records (an acronym for “Young And Getting It”) and is managed by Massive Management.

versatility and musical style of Lil Kesh is similar to that of Olamide, who raps and sings in his local dialect. He rose to fame after releasing the hit single “Shoki”

On March 17 2016, Lil Kesh released his debut studio album Young And Getting It (Y.A.G.I) through YBNL Nation. It was produced by Young John, and Pheelz.

Lil Kesh is worth $2.5 million. He signed an endorsement deal worth millions of naira with Surebet, Nigerian online sport betting and odds company.

Also, while celebrating his birthday in May 2018, he announced his new business, TitoKeshinro Clothing Line.