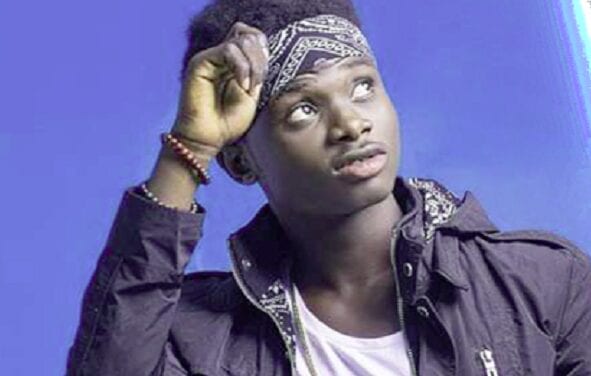 Eugene Kwame Marfo  who goes by the stage name Kuami Eugene is a Ghanaian highlife and afrobeats singer-songwriter. He was born  on 1 February 1997,

Eugene Kwame  was born to Alex and Juliana Marfo in Oda, Ghana.

Kuami Eugene dropped out school because of his love for music and spent more than two months studying music in a studio located in Eastern Region without informing the school authority and his mother. He was later expelled from school after it was discovered that he had skipped school.

His interest for music led him to sing in church from a very young age where he also learnt how to play the drum, keyboard and guitar

Kuami Eugene was a contestant in the season 5 of the reality competition show MTN Hitmaker in Ghana in 2016, where he finished third overall. He was signed shortly afterwards to Lynx Entertainment and has gone on to release several singles. In 2017, “Angela”” reached one million views on YouTube, the most for any music artist on that label, and was indicated to be in rotation among the top 10 songs in Ghana. He is a featured artist in “Adwenfi” by DJ Vyrusky and Shatta Wale.  In 2018, he released a continuation of the storyline in the “Angela” song called “Confusion”. And in June 2018, he released the single “Wish Me Well”, which was in response to the negative comments he received on social media, some of which alleged he was stealing lyrics from another artist Ice Prince.

In 2017, he participated in Sarkodie’s Rapperholic Concert which was held in [Ghana], Ghana Music Honours 2017 Edition, December to Remember 2017, S Concert 2017, the 61st Ghana Independence Celebration Show at Indigo 02 in London

He is the youngest musician in Ghana

Kuami Eugene is a School drop-out

He is signed to Lynx Entertainment