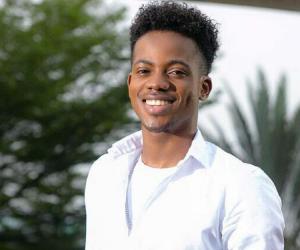 Korede Bello net worth 2023 is about $2 million

Korede was born in Lagos State, Nigeria on 29th February 1996. He completed his primary and secondary school education in Lagos.

He studied Mass Communication at the Nigerian Institute of Journalism and holds a Higher National Diploma certificate. Korede Bello is an Associate Member of the Institute of Information Management.

Check out Wizkid net worth

Koredo started performing at the age of 7 and went by the stage name African Prince.

While in primary school, Korede Bello went on to write his first song after forming a music group with a friend.

He started music professionally by recording songs in the studio while in secondary school, and eventually released his first single “Forever”.

After the release of his first single which received relatively positive reviews, he was introduced to Don Jazzy by his manager Casmir Uwaegbute after which they recorded some songs together which got Don Jazzy impressed.

On 28 February 2014, he got signed to Mavin Records under which he has recorded popular songs like “African Princess” and “Godwin” with which he became popular.

Korede Bello net worth 2023 is about $2 million. He has won several awards including; Most Promising Music Act To Watch at Nigeria Teen Choice Awards 2014, Best Song of the Year(Godwin) at 4th Annual Golden Icons Academy Movie Awards(2014) among others.